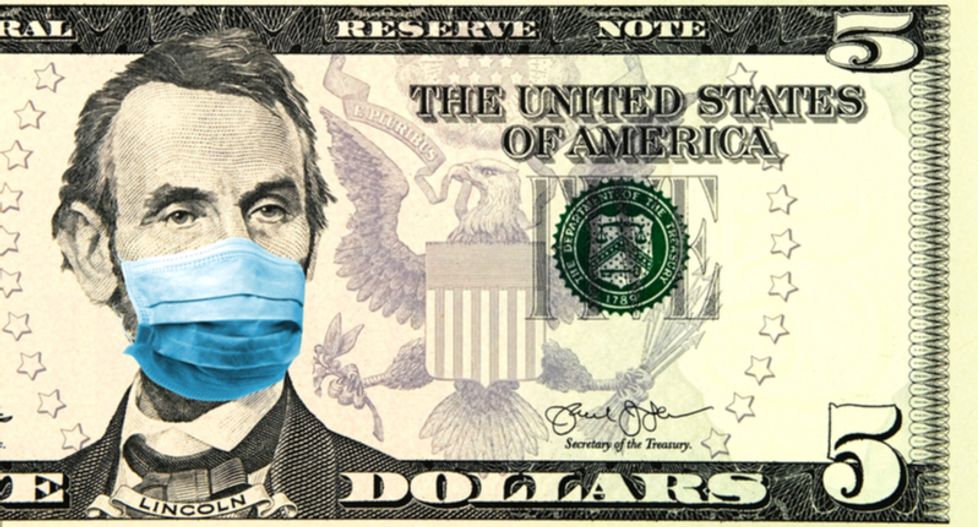 Desperate to shift responsibility for the economic crash underway onto Democratic governors and the press, Donald Trump has been pressing to reopen schools and businesses as soon as possible.  “We can’t have the cure be worse than the problem,” he said during a coronavirus briefing last week, and then again in a tweet. As you might expect, this has also been a running theme on Fox News for the past couple of weeks.

But a new working paper analyzing the economic impacts of the 1918 influenza pandemic, which killed an estimated 50 million people worldwide, found that localities that took aggressive measures to mitigate the severity of the outbreak not only suffered less illness and death than less proactive communities, but their economies also sustained less economic damage and recovered more quickly after the outbreak had subsided.

The authors, economists Sergio Correia, Stephan Luck and Emil Verner, note that the non-pharmaceutical interventions (NPIs) undertaken to control the spread of the outbreak during the early 20th century were very similar to those we see today. Public events were banned, theaters and schools were closed, and those who contracted the disease were quarantined. But like today, some cities were quicker to impose those restrictions than others.

While the researchers found that areas hit hard by the "Spanish Flu" saw "a sharp and persistent decline in real economic activity," their analysis concluded "that early and extensive NPIs have no adverse effect on local economic outcomes."

While it is certainly true that sheltering in place depresses economic activity, the authors noted that, "in a pandemic, economic activity is also reduced in absence of such measures, as households reduce consumption and labor supply to lower the chance of becoming infected." This is intuitive: When the bodies are stacking up, people will stay home out of self-preservation even if public officials don't order them to do so. Communities that act proactively at the onset of a pandemic do better because by the time it hits a community hard, mitigation measures are less effective.

The most important finding of the study was that cities that acted quickly and aggressively fared better economically after the outbreak was contained than those that dawdled or tried to get away with only limited social distancing measures.

Conservatives urging us to get back to work as soon as possible are embracing a false choice. It's the pandemic itself that's tanking the economy, not efforts to contain it. And in 1918, taking aggressive steps to save lives also helped local economies recover more quickly from the shock.