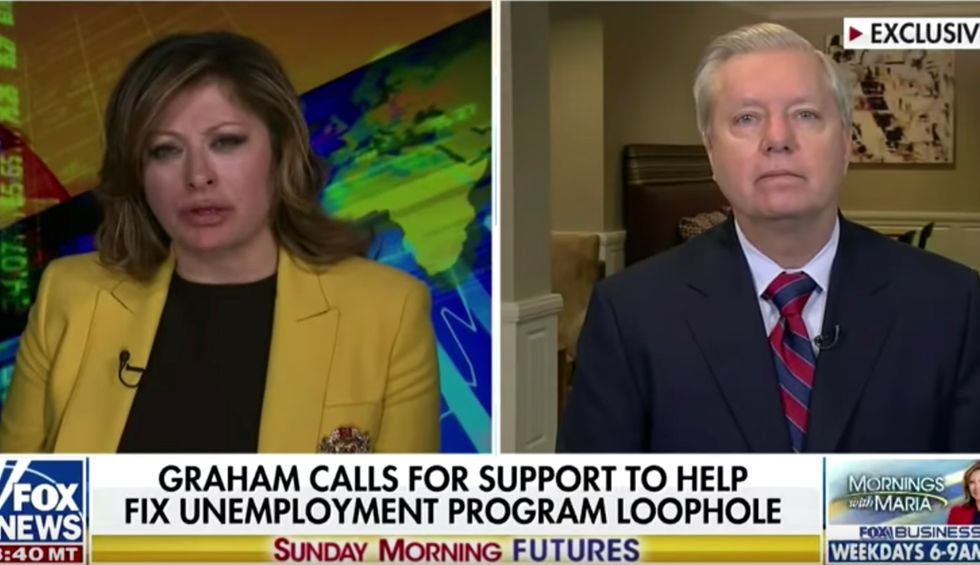 “She’s blaming the president of the United States for people dying,” Graham complained to Fox News host Maria Bartiromo. “That’s the most shameful, disgusting statement by any politician in modern history.”

Graham then ranted about how “we’ve seen the best of America” during the pandemic.

“She’s the first politician to blame another politician for people dying,” the senator complained. “This is the same Speaker of the House who held up the bill in the Senate for days because she wanted same day voting, she wanted carbon neutrality for the airlines, she wanted $75 million of the Endowment for the Humanities and she wanted $25 million for the Kennedy Center.”

Bartiromo reminded Graham that he voted for the relief bill in spite of his objections.

“Yeah, [Pelosi] put a gun to our head!” Graham exclaimed. “And said we will not get this through the House until you put $25 million for the Kennedy Center… What the hell has that got to do with saving lives that are affected by the coronavirus?”

“We took most of the garbage out,” he continued. “But for her to blame this president for loss of life after she held up the relief package for days to get a liberal special interest shopping list in the bill is pretty disgusting.”