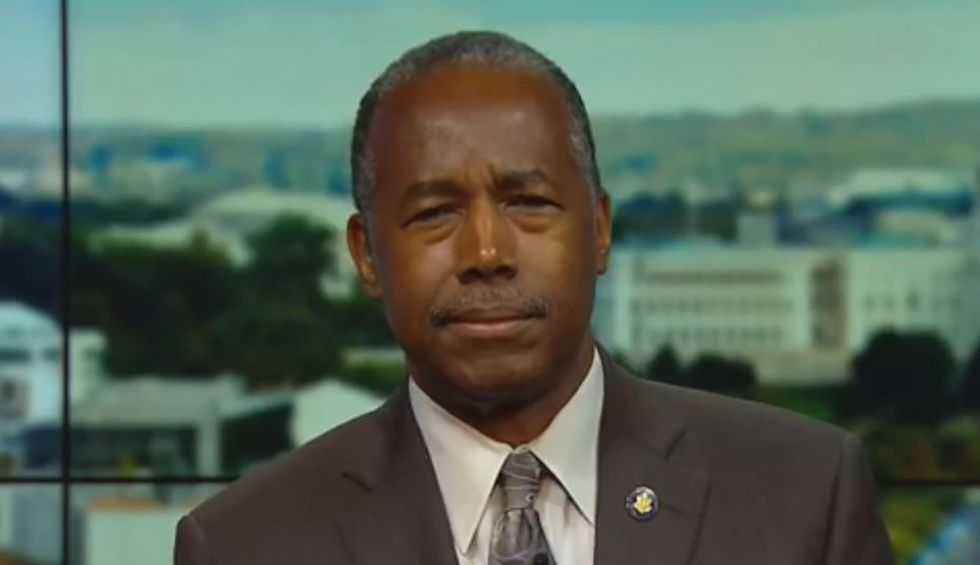 A Sunday interview with Housing and Urban Development Secretary Ben Carson may have done more harm than good when it comes to assuring Americans that the Trump administration has the coronavirus under control.

In an interview with ABC’s George Stephanopoulos, Carson — who is a former neurosurgeon but not an infectious disease expert — compared COVID-19 to the common flu.

Stephanopoulos noted that the Grand Princess is scheduled to dock in Oakland this week with infected passengers.

“What plan is in place to deal with the 3,500 people onboard?” the ABC host asked.

Carson, however, declined to reveal the plan.

“The plan will be in place by that time,” Carson said. “But I don’t want to preview the plan right now.”

“Shouldn’t you be able to do that?” Stephanopoulos pressed.

“I think it needs to all come from a solitary source, we shouldn’t have 16 people saying what the plan is,” Carson argued.

The HUD secretary’s interview did not inspire confidence on Twitter, where commenters trashed his interview.

Watch the video and read some of the tweets below.

Less than two minutes into his interview on @ThisWeekABC and Ben Carson has already lied. He claimed doctors can or… https://t.co/JdK6HzLdaC
— Gloria (@Gloria)1583672836.0

Did Ben Carson pop a couple of Valium before going on the air this morning? #CoronavirusOutbreak #TrumpCrash… https://t.co/jxd9P9Mo8q
— David Johnston (@David Johnston)1583673121.0

It’s really scary that Dr. Ben Carson is a brain surgeon. He is now the Secretary of Housing and Urban Development… https://t.co/X7YCi9BRgk
— RedeyeVotesBLUE (@RedeyeVotesBLUE)1583673683.0