How Mitch McConnell and his gang of do-nothing Republican senators serve the will of Trump and GOP fat cats: Robert Reich 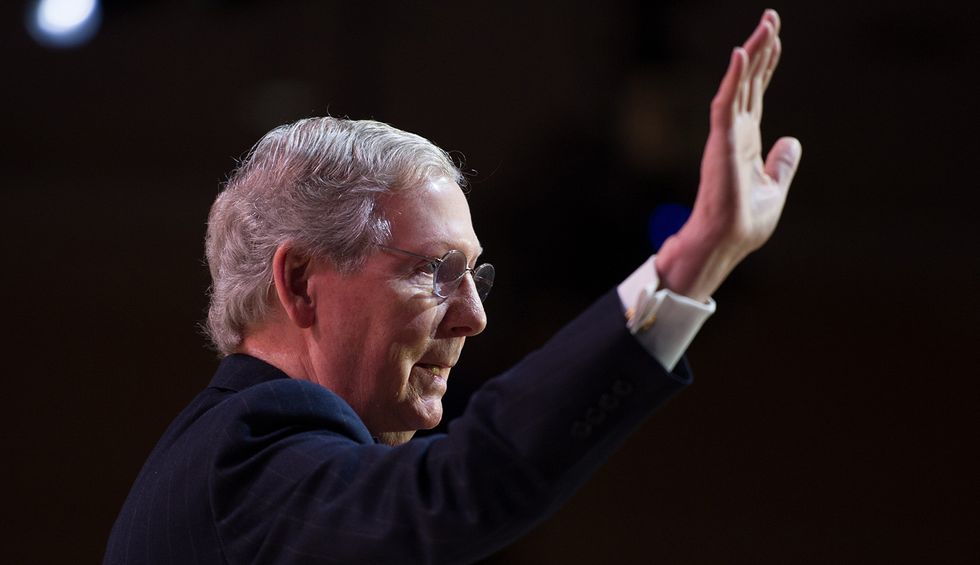 Led by the self-proclaimed Grim Reaper, the Republican-controlled Senate has refused to take up nearly 400 bills passed by the Democratic-controlled House of Representatives.

Here are just some of the bills dying in McConnell’s legislative graveyard:

House Democrats’ first major legislative initiative, the For the People Act, has been languishing on McConnell’s desk since March 2019. The bill tackles a host of corrupting influences in our democracy. It aims to reform campaign finance laws to curb the influence of big money, strengthen ethics laws for federal officials, and bolster voting rights by enacting automatic voter registration and ending partisan gerrymandering.

Before the bill even passed the House, McConnell declared he would not take it up in the Senate, decrying it as a “power grab that’s smelling more and more like exactly what it is.” It is a power grab — it grabs power back for the people. But McConnell is the one grabbing power away from the majority of voters, who elected members of the House to tackle real issues.

Here’s another: The Bipartisan Background Checks Act has been wasting away in McConnell’s graveyard for almost a year now. It tightens background checks on all gun sales, including private firearm purchases, online purchases, and purchases made at gun shows. McConnell also pronounced this bill dead on arrival in the Senate. Since passed in the House in February 2019, there were 371 more mass shootings that year alone. Mitch McConnell and his spineless Republican colleagues are too afraid to stand up to their NRA backers, and it’s costing Americans their lives. This is in spite of the measures having support of a vast majority of the American public.

A third item in the McConnell graveyard: House Democrats passed the Raise the Wage Act, which would lift the federal minimum wage to $15 an hour, phasing in increases over seven years. This would raise the pay of 27 million Americans and lift 1.3 million households out of poverty. But as soon as the bill was passed, Mitch McConnell took to Fox News to declare, “We’re not going to be doing that in the Senate,” claiming that raising the minimum wage would hurt jobs and businesses.

Mitch McConnell and his gang of do-nothing Republican senators have also blocked legislation on climate change, the Dream Act, net neutrality, protections for the LGBTQIA community, tribal sovereignty, AND election security — the list goes on and on.

Even the reauthorization of the Violence Against Women Act is stalled in the Senate.

They do all this without even a debate. Remember how you learned in school that one house passes legislation and the other considers it? McConnell is throwing those civics lessons out the window.

So what is McConnell really doing in the Senate? Ramming through a spate of unqualified, hyperpartisan judges who will shape the courts for decades to come.

Trump has so far installed 187 judges to lifetime positions on the federal bench – many with fringe, extremist views. One in four court of appeals judges are now Trump appointees, and he’s showing no signs of slowing down. Who’s the architect behind this full-blown takeover of the judiciary system? Mitch McConnell, of course.

Let’s not forget that it’s thanks to McConnell that Trump was able to install two Supreme Court justices. McConnell single-handedly blocked Obama’s Supreme Court nominee Merrick Garland in 2016, refusing even to hold a confirmation hearing for him and keeping the seat open until Donald Trump took office. McConnell and Senate Republicans then invoked the “nuclear option” – requiring only a simple majority to confirm Supreme Court justices, and steamrolling the Democrats.

Even before Democrats gained control of the House and began passing hundreds of bills to benefit the American people, Congressional Republicans’ only significant achievement was a massive tax cut for the wealthy and corporations. Despite all their claims, their tax cut has not spurred the growth it promised, it’s added to the national debt, business investment is contracting, manufacturing is shrinking, and wages are barely rising.

As usual, nothing has trickled down. The only winners are people who were already winners. Everyone else has been shafted. But none of that matters to McConnell and his do-nothing Republicans as long as Trump and the Party’s billionaire donors and corporate backers stay happy.

Oh, and McConnell’s do-nothing Senate Republicans refused to hold a fair and impartial impeachment trial for Trump. McConnell – who is supposed to act in the role of impartial jury foreman for the Senate – said, “And everything I do during this I’m coordinating with White House Counsel.” While Trump continues to break the law and seize power from Congress, the Senate refuses to serve as a check on his power.

America used to have a Senate that served the people. But under Mitch McConnell’s leadership, what was once the world’s greatest deliberative body has become a partisan circus. He and his Republican colleagues have done nothing to benefit the American people, ignoring the voices of their constituents to serve the will of Donald Trump and Republican fat cats. History will not be kind to them. Hopefully, come November, American voters won’t either.