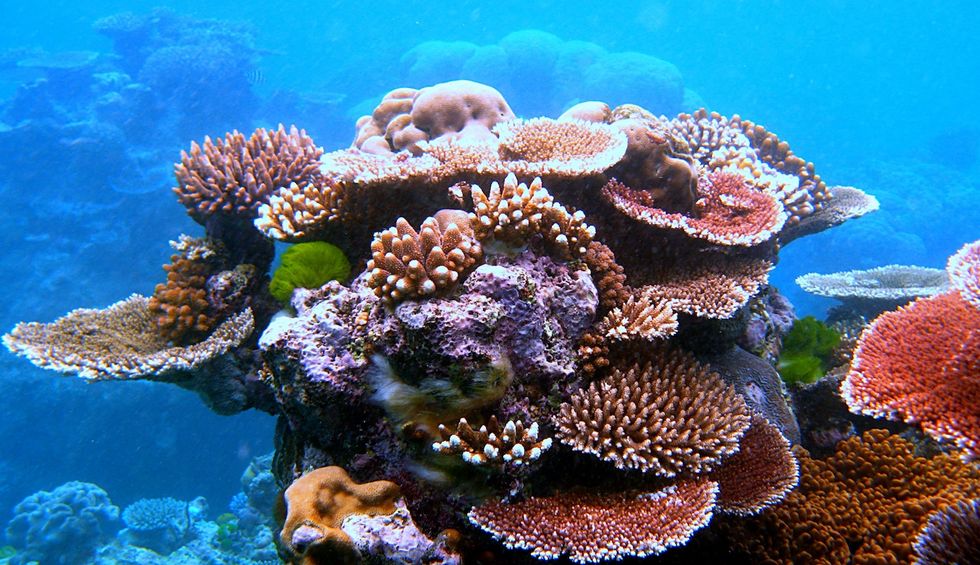 Australia's Great Barrier Reef is in danger of a catastrophic bleaching event that scientists warn could have dire consequences on the survival of one of the seven natural wonders of the world.

Temperatures in the waters surrounding the reef have been high in recent weeks, part of the months-long heatwave that brought devastating fires to Australia that ringed the country in December, forcing thousands from their homes and killing millions of animals. The fires were followed by massive flooding in February.

As Maddie Stone reported for Vice, the heat has led to a dangerous situation for the survival of the reef:

For the past few weeks, the Great Barrier Reef has been running a fever, with temperatures along the 1,400 mile-long ecosystem hovering a degree Celsius or more above normal. At these temperatures, corals become stressed and start to bleach, jettisoning the colorful algae that provide them their food and turning a bloodless white. If the water remains warm for too long, the algae won't return, and the corals will starve.

NOAA's Coral Reef Watch Program expects widespread bleaching, the organization said, from the north to the south of the reef.

"More widespread than 2016 or 2017, but hopefully not quite as intense," said Hughes. "I'm particularly concerned about the south, which has not been exposed to widespread bleaching before."

As Common Dreams reported in February, scientists observing the rising sea temperatures around the reef described the situation then as on "a knife edge."