‘Excuse me!’ Elizabeth Warren takes on Bloomberg host after he blames Dems for stalled virus bill 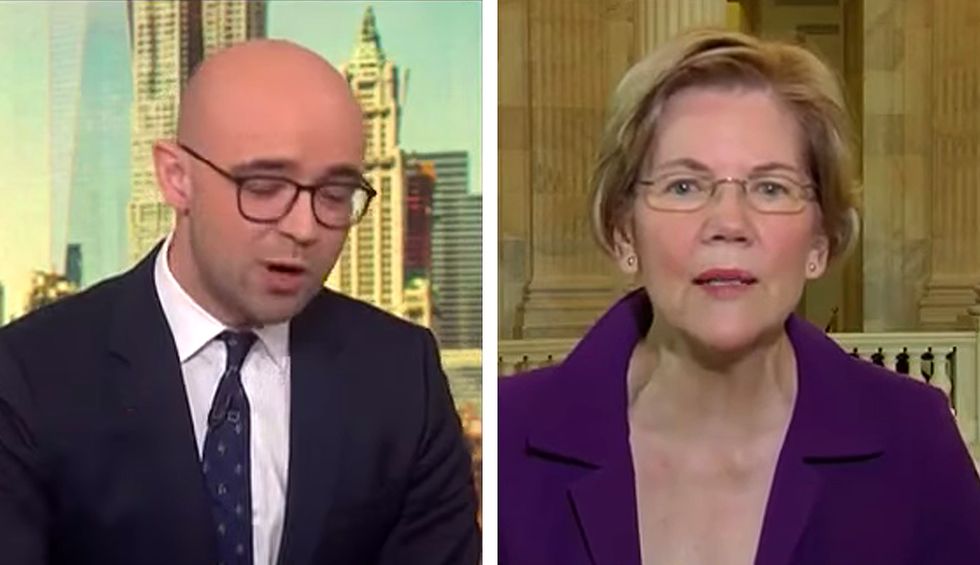 “In this bill, there are checks for everyday Americans,” Ferro told the senator. “The reason this bill hasn’t gone through is because of Democratic senators. Do you want to be the person that stopping people from getting their checks to meet their rent at the end of this month?”

“Excuse me,” Warren shot back. “The reason this bill has not gone through is because of Republicans senators and because of Republican leadership that pretended to negotiate for three days with the Democrats and then at the end of that time basically introduced their own bill.”

“We’ve laid out what our principles are,” she continued. “And that is you can’t give a half a billion dollars to giant industry and not help people at the grassroots.”

“You guys can get this done,” Ferro charged. “The only thing stopping it from happening is yourselves on both sides of the aisle. And there’s no point coming on the TV shows today and saying, ‘It’s the Republicans fault.’ Because you know what’s happening on the other networks, ‘It’s the Democrats fault.’ It’s all of your fault.”

Warren pointed out that she had been pushing the idea of relief checks for Americans “for weeks now.”

“And right now, we don’t have Republicans to negotiate with on those issues,” the senator added. “They’re not there. So, you tell me what you want to do. You want to bring one on this program? That’s fine with me.”

Watch the video below from Bloomberg.