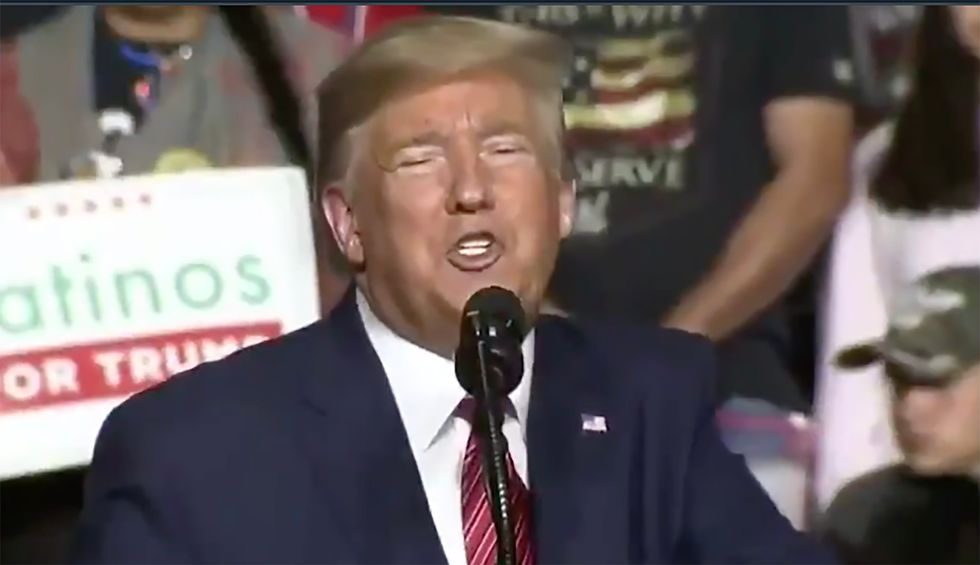 With the global death toll from coronavirus having passed 9000 and almost 3000 deaths being reported in Italy alone, President Donald Trump’s critics have been slamming him for the weeks he spent downplaying the severity of what is turning out to be the worst health crisis since the Spanish flu in 1918. Trump, however, insists that he was proactive about the threat from the beginning, although a video posted by journalist Alastair Campbell on Twitter shows just how badly he handled the crisis.

The video, titled “Weeks of Downplaying,” depicts the pages of a 2020 calendar and shows what Trump had to say about the crisis back in January and February. On January 22, for example, Trump is heard saying, “We have it totally under control. It’s one person coming in from China.” And on January 30, Trump reiterates, “We think we have it very well under control.”

The video shows Trump, on February 26, insisting that coronavirus would “be down to close to zero” in “a couple of days” — and the following day, on February 27, Trump predicts that “like a miracle,” coronavirus “will disappear.” In addition, the Trump of February 28 describes coronavirus as a “new hoax” of his political rivals.

As the calendar moves through March, one sees Trump’s tone changing: he goes from badly underestimating the deadly potential of coronavirus to taking a much more somber tone and warning Americans how destructive the “pandemic” had become.

On March 17, Trump is seen declaring, “This is a pandemic. I’ve felt it was a pandemic long before it was called a pandemic.”

But as the video demonstrates, the Trump of January and February wasn’t using the word “pandemic” — although he did use words like “hoax” and “very well under control.”