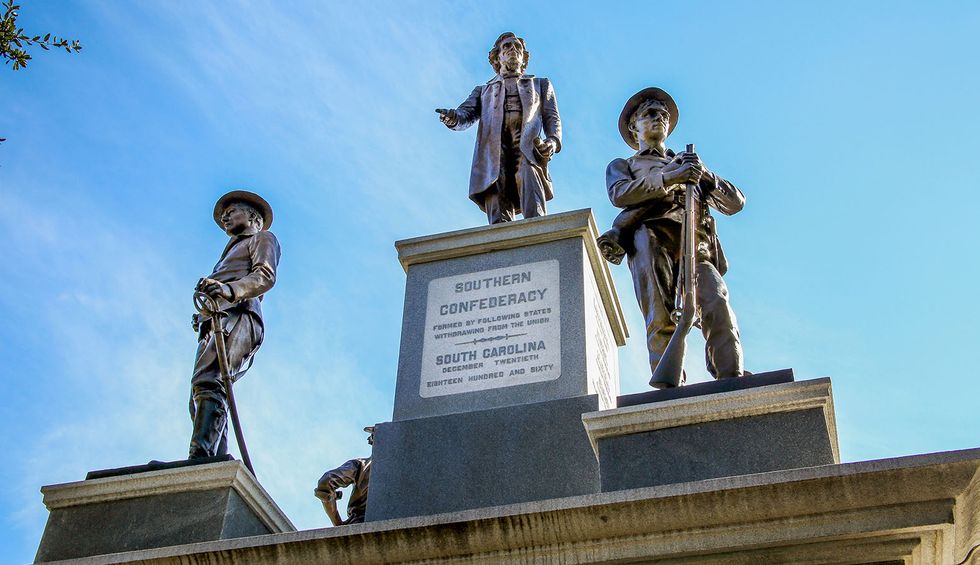 In the Deep South, some far-right Republicans continue to defend the use of Confederate symbols on government property — arguing that they have historic value. But there is a huge difference between featuring a Confederate flag in a museum and displaying one in a government building or on a military installation. And U.S. Marine Corps Commandant Gen. David Berger has ordered the removal of all Confederate paraphernalia in Marine Corps installations around the world.

In the Trump era, the public display of Confederate symbols — from flags to statues — has been hotly debated. Berger’s directive did not specify exactly what paraphernalia will be prohibited, but presumably, Confederate flags are at the top of the list.

Journalist Elliot Hannon, in Slate, notes that the U.S. military has not escaped the “troubling rise of white nationalist extremism” in the Trump era. Hannon points out that several Marines have “been punished or kicked out of the service for racist social media posts.”

According to a survey published in the Military Times earlier this month, over 50% of non-white members of the U.S. military have witnessed examples of racism ranging from “racist language and discriminatory attitudes” to the display of swastikas and tattoos associated with white supremacist groups.

Berger addressed not only racism, but also, sexism, ordering the Marine leaders to deploy more women in combat roles.