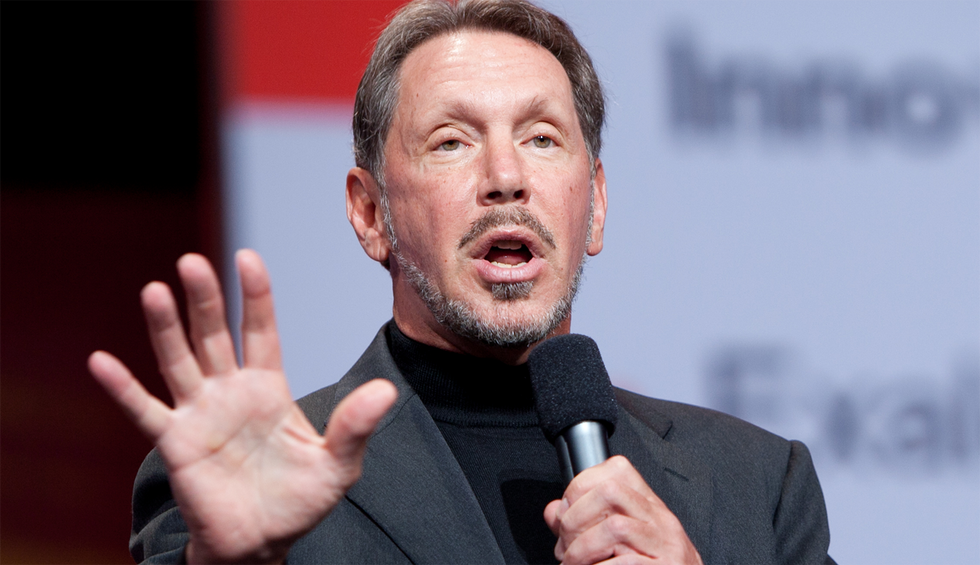 After the co-founder of the mega software company Oracle hosted a pro-Trump fundraiser this Wednesday, a group of the company’s employees signed a protest petition and planned a walkout for the following day, demanding that Larry Ellison also fundraise for humanitarian causes along with denouncing some of President Trump’s policies, according to a report from Recode.

One particular employee who signed the petition mentioned the fact that she’s the mother of a “transgender young adult.”

“I have appreciated the health benefits and HR Diversity and Inclusion support I’ve received for 8 years working here,” Kristine Lessard wrote. “I object to [Ellison] enabling this President who has specifically targeted Transgender youth to take away their rights by rescinding Executive Orders covering them.”

Speaking later to the Daily Beast, Lessard conceded that Oracle does fund some advocacy and fundraisers on behalf of the LGBTQ+ community, “But in one fell swoop, this fundraiser could raise multiple millions that would work against those goals and hard earned gains,” she said.

According to Recode, the company replied to the employees’ petition with a message saying there’s nothing wrong with Ellison participating in politics on a personal level as long as he’s not publicly endorsing a candidate. But according to Lessard, “supporting the potential enabling of the president to get reelected doesn’t match up with our corporate values of social responsibility, especially two of the top ones: equality and environmental protection.”