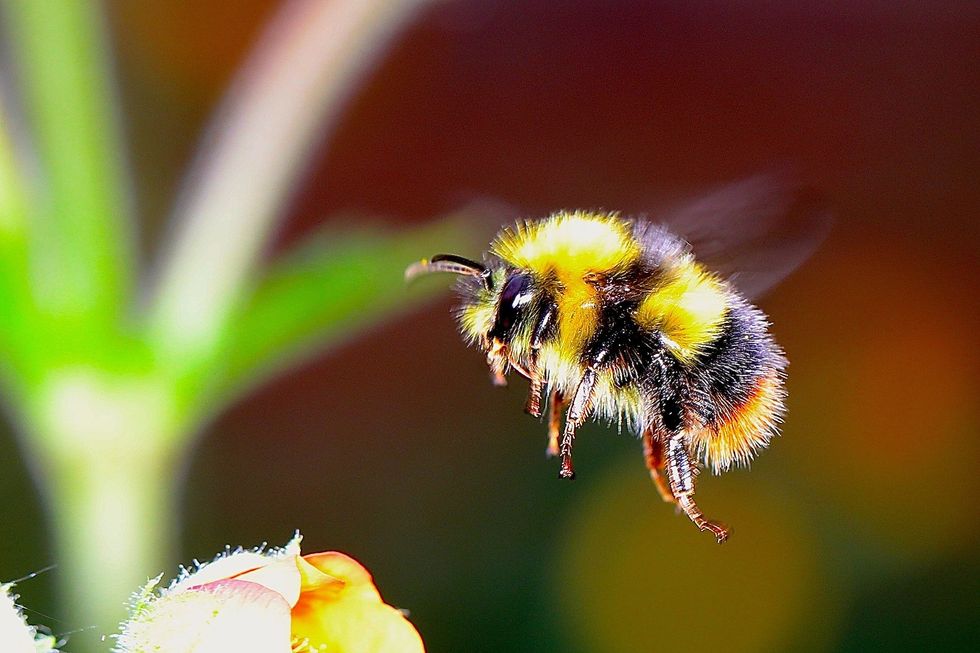 The rising frequency of extremely hot temperatures tied to human-caused global heating is creating "climate chaos" that drives widespread declines of bumblebees, some of the planet's most important pollinators, according to a new study published in the journal Science.

Researchers at the University of Ottawa in Canada and University College London in the United Kingdom developed a new measurement of temperature based on species' heat tolerance. "We have created a new way to predict local extinctions that tells us, for each species individually, whether climate change is creating temperatures that exceed what the bumblebees can handle," explained study co-author Tim Newbold.

The team applied their technique to data on 66 different bumblebee species across North America and Europe collected from 1901 to 1974 and 2000 to 2014. They concluded that more frequent extreme heat "is increasing local extinction rates, reducing colonization and site occupancy, and decreasing species richness within a region, independent of land-use change or condition."

"We found that populations were disappearing in areas where the temperatures had gotten hotter," said the study's lead author, Peter Soroye. "Using our new measurement of climate change, we were able to predict changes both for individual species and for whole communities of bumblebees with a surprisingly high accuracy."

Researchers found that bumblebee populations had recently declined by 46% in North America and by 17% across Europe… https://t.co/gbnJ7XF1Pu
— The New York Times (@The New York Times)1581108005.0

The researchers found that the rate at which bumblebees are declining is "consistent with a mass extinction." Over the course of a single human generation, the chances of a local bumblebee population surviving has fallen by an average of more than 30%. Soroye noted that the findings have implications for more than just the bees.

"Bumblebees are the best pollinators we have in wild landscapes and the most effective pollinators for crops like tomato, squash, and berries. Our results show that we face a future with many less bumblebees and much less diversity, both in the outdoors and on our plates," he said. "If declines continue at this pace, many of these species could vanish forever within a few decades."

Although the study serves as a bleak warning about the need for urgent action to address the declines of bumblebees, the authors are hopeful that their technique for gauging the impact of extreme events like droughts and heatwaves can also aid with conservation efforts for other species.

"We've known for a while that climate change is related to the growing extinction risk that animals are facing around the world," Soroye said. "In this paper, we offer an answer to the critical questions of how and why that is. We find that species extinctions across two continents are caused by hotter and more frequent extremes in temperatures."

"Perhaps the most exciting element is that we developed a method to predict extinction risk that works very well for bumblebees and could in theory be applied universally to other organisms," he added. "With a predictive tool like this, we hope to identify areas where conservation actions would be critical to stopping declines."

Study co-author Jeremy Kerr said that "predicting why bumblebees and other species are going extinct in a time of rapid, human-caused climate change could help us prevent extinction in the 21st century."

"This work also holds out hope by implying ways that we might take the sting out of climate change for these and other organisms by maintaining habitats that offer shelter, like trees, shrubs, or slopes, that could let bumblebees get out of the heat," he said. "Ultimately, we must address climate change itself and every action we take to reduce emissions will help. The sooner the better. It is in all our interests to do so, as well as in the interests of the species with whom we share the world."

In a related "perspective" article published by Science, scientists Jon Bridle of the University of Bristol and Alexandra van Rensburg of the University of Zurich wrote that the new research "adds to a growing body of evidence for alarming, widespread losses of biodiversity and for rates of global change that now exceed the critical limits of ecosystem resilience."

Recent reports, including one published in November 2019 by University of Sussex biology professor Dave Goulson, have raised alarm about a decades-long human-caused insect "apocalypse" that has resulted from not only the climate crisis but also habitat loss and pesticide use.

Last month, 73 international scientists released a global roadmap to battle the "bugpocalypse," emphasizing that "insects are key to our own survival." Their recommendations included curbing planet-heating emissions; cutting back synthetic pesticides and fertilizers; limiting light, water, and noise pollution; and preventing the introduction of invasive and alien species.