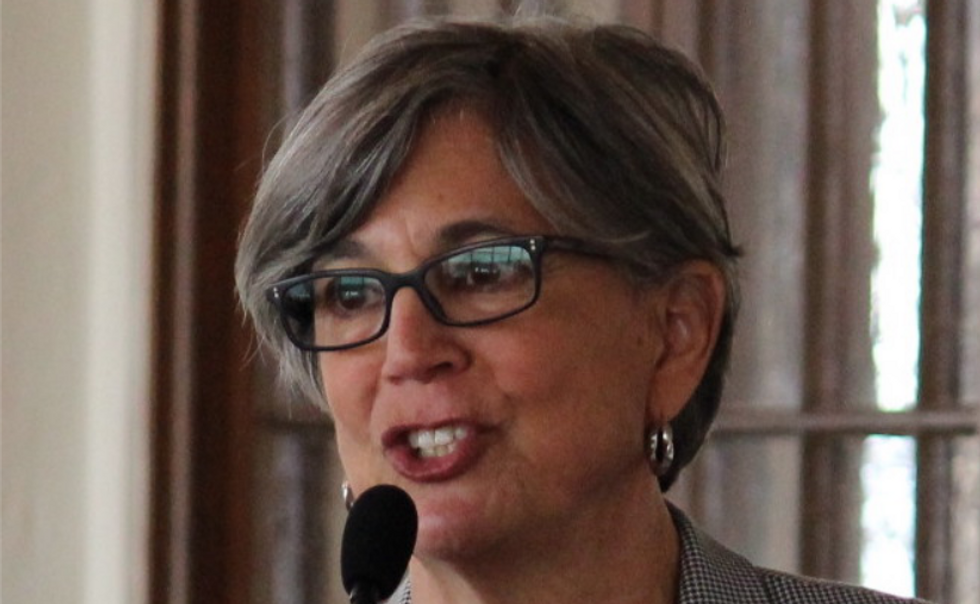 Kansas is poised to finally accept Medicaid expansion under the Affordable Care Act, through an agreement achieved by Democratic Gov. Laura Kelly and Sen. Jim Denning, the Republican leader of the state Senate. This would be very good news for the 9% of Kansans who are uninsured, from 130,000 to 150,000 people. There's bipartisan support in both state legislative chambers for the expansion. But it's not happening right now because of a very partisan fight—between Denning and a fellow Republican.

By all appearances, Republican Kansas Senate President Susan Wagle is refusing to allow the bill out of committee because, ostensibly, abortion. More to the point, she's running for U.S. Senate, which is a much more plausible reason for her to be picking this particular fight.

The basis of her objection is a Kansas Supreme Court decision last year that protects a woman's right to have an abortion. Wagle is insisting that she won't move on Medicaid until a proposed anti-abortion amendment to the state constitution, which has failed in the Kansas House, is passed and put on the ballot for voters to decide in the fall. Denning insists there is no connection between the two issues—any pregnant women on Medicaid in the state would be covered not by the expansion part of Medicaid but by traditional Medicaid, which the state has already decided cannot cover abortion. Federal law, thanks to the Hyde Amendment, does not allow federal funding for abortion. States can allow their own portion of shared Medicaid funding to go toward providing abortion services, but of course Kansas does not do that.

This is a fake fight, one that Denning sees as a result of the selfish politics of his fellow Republican. "The bill is full of really good healthcare policy for not only the Medicaid population, but the non-Medicaid population as well," Denning said. "She’s taking the position to hold up the entire process because she's worried about 1,000 people are getting pregnant and becoming taxpayer funded, elective abortions," he continued. "So, it's a stretch." A stretch that's keeping as many as 150,000 people out of the program because, he suggests, of her U.S. Senate run and "stopping 'Obamacare,' Medicaid expansion in every fashion, [which] would play well to her base."