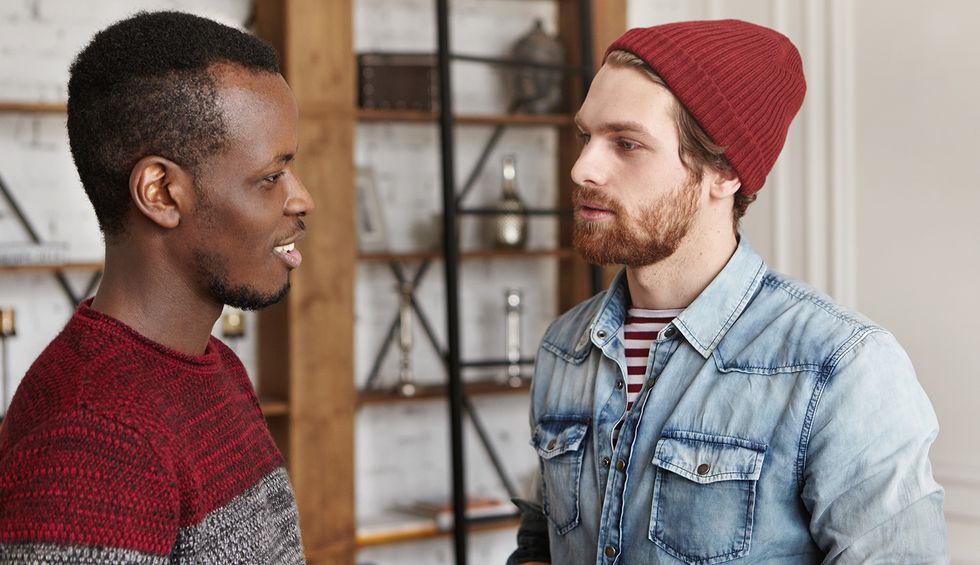 America is a deeply divided nation. That fact may be the only thing that Americans of all racial, ethnic, and political groups can agree about. A Washington Post-University of Maryland poll conducted in late 2017 indicated that 70 percent of the American people think the country is “as divided as during the Vietnam War.”

This division manifests itself in political ways exemplified by the partisan impeachment proceedings and gridlock. The Democratic-led House of Representatives passed 298 bills in 2019, yet the Republican-led Senate refused to consider hardly any of that legislation.

The country is also divided about race. A Washington Post-Ipsos poll taken in January 2020 indicates that 80% of African-Americans believe a white racist inhabits the White House and 70% believe their local police are racist. The FBI, having the responsibility to gather the statistics from state and local law enforcement agencies, reports that violent hate crimes have hit a 16-year high. Only once before has there been a greater spike in hate crimes and that was immediately following Sept. 11, 2001. President Trump’s harsh rhetoric further alienates people of color while satisfying his white right-wing base.

The period 1965 –1970 was also a time of deep racial and political division. How does that period compare with today? The decade that began optimistically gave birth to an invigorated federal government that took greater responsibility for social welfare and racial equality. When President Johnson signed the Civil Rights Act of 1964 that banned racial discrimination in public accommodations, a Gallup Poll indicated that 58% of Americans approved. Furthermore, President Johnson signed the Immigration and Nationality Act of 1965 that permitted greater immigration to America of people of color.

However, beginning with Harlem in New York City in 1964, then Watts in Los Angeles in 1965 where 34 people were killed, and Newark (63 casualties) and Detroit (43 casualties) in 1967, riots heightened national tensions. A Harris poll in 1968 showed that only 38% of white Americans believed that the riots were caused by black people not receiving true equality while 65% of black people believed that was a major contributor. Moreover, the poll showed that the majority of white Americans believed that the solution to racial unrest was increased policing rather than increased education and employment opportunities for black people.

In the late 1960s, Congressional political division existed as well, as Republican and Southern conservative Democrats picked up the law and order mantle while liberal Democrats and liberal Republicans pressed for equal opportunities and anti-poverty programs.

Richard Nixon and George Wallace took advantage of the racial divisionand ran on law and order platforms in the 1968 presidential election. Nixon and Wallace combined for 57% of the popular vote. Their law and order message resonated with the “silent majority,” a reference to whites who obeyed the law and resented violent activism.

Yet, despite these similarities, there are key differences between the late 1960s and today. First, there was less political gridlock in the late 1960s. Despite ideological differences, bills passed in one house were genuinely deliberated by the other. Even in the violent year of 1968, Democrats and Republicans came together to pass the Fair Housing Act, banning discrimination on the basis of race, religion, national origin, and sex in the sale, rental, and financing of housing. The bill passed both houses of Congress by a wide margin with 29 of the Senate’s 36 Republicans voting for it. One of those Republicans supporting the bill was a young Texas Congressman named George H.W. Bush. Even after the election of Richard Nixon, Democrats and Republicans were able to come together to pass key legislation. For example, Congress created the Environmental Protection Agency in 1969.

In comparing and contrasting racial division in the late 1960s with today certain salient differences exist. In the 1960s, many black urban dwellers felt a deep frustration as the civil rights movement and anti-poverty programs did not improve their lives, which occasionally resulted in riots. Many white people reacted with a backlash against the racial disorder as they claimed that liberal, permissive leaders caused the turmoil.

In today’s era, white people are reacting to changing demographics as the U.S. will soon become a majority-minority nation. That white reaction helped elect Trump, a president who many people of color view as racist while his white supporters view him as a hero who shares their frustration with a racially changing America. Numerous studies of the presidential election of 2016, including one in 2018 by Stanford University political scientist Diana Mutz, indicate that racial anxiety was a greater motivating factor for Trumpvotersthan economic concerns. In this atmosphere, some who harbor this racial hatred commit hate crimes.

Today the president and his party accept racial division and find it politically beneficial. The president and his party appeal to a narrow base. In the late 1960s the U.S. Government tried to create a country of racial equality promoting civil rights and anti-poverty programs. However, when racial violence emerged in big cities, national politicians arose (Nixon and Wallace) who saw divisive racial rhetoric (restore law and order) as a path to power. Today, people of color feel similarly alienated, but we have not experienced big city riots. As in 1968-69 many feel the U.S. President came to power and governs in a white racist manner. In that sense, we are in the same racially divided era as we were in during the last years of the 1960s.

This article was originally published by History News Network.