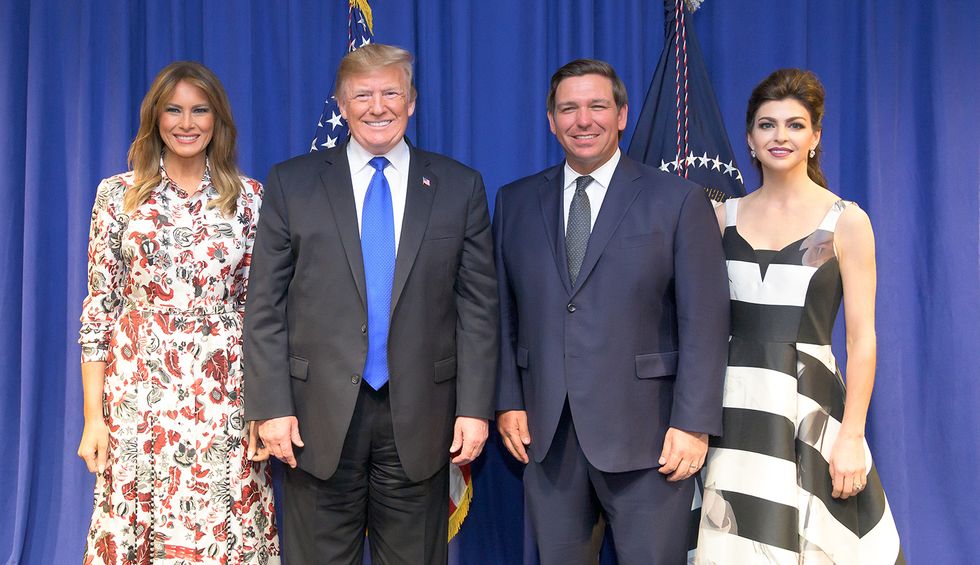 On Wednesday, a panel of three judges of the 11th Circuit Court of Appeals upheld a lower-court ruling that held that Florida can’t enforce Republicans' modern-day poll tax on people who have served their felony sentences by requiring them to pay all court-related fines and fees, in cases in which they cannot afford to do so, before they can regain their voting rights. Wednesday's ruling means that a preliminary injunction will remain in effect against enforcing the law against the 17 plaintiffs who are party to the case while it proceeds on the underlying merits.

Republicans passed what's effectively a poll tax in 2019 after voters used a 2018 ballot initiative to amend Florida's constitution and end lifetime voter disenfranchisement for up to 1.4 million people who had served their sentences for all but the most serious crimes. But in large part because Florida levies onerous fines to fund its court system, a setup that opponents have derided as “cash register justice," an expert report for the plaintiffs analyzing 58 of 67 Florida counties found that roughly 80% of people who’ve served their felony sentences owe outstanding fees, which would be up to 1.1 million people overall. That includes 59% of them owing at least $500 and 38% owing at least $1,000.

Before voters passed the 2018 initiative, Florida disenfranchised 1 in 10 adults, including a staggering 1 in 5 black adults, which was five times the rate of every other state. This racial discrimination was no accident, either, since Florida’s lifetime voting ban was a product of the Jim Crow era.

This ruling is limited to just the plaintiffs who were party to the lawsuit, but it paves the way for a future decision expanding the scope of the ruling to everyone who is affected. Still, the lower court's ruling only applied to those who couldn’t afford to pay off their court costs, and it's unclear how it will be determined who is genuinely unable to pay if this ruling is expanded to everyone affected by the poll tax. Nevertheless, it still strikes a major blow against one of the most sweeping voter-suppression laws in decades.

However, the 11th Circuit's ruling by these three Democratic appointees is far from guaranteed to survive and ensure hundreds of thousands regain their voting rights as intended. Republicans have announced they will request an "en banc" review by the entire 11th Circuit, which Trump's appointments recently flipped to majority Republican, and there’s also a strong risk that the conservatives on the Supreme Court will overturn the ruling in the likely event that it reaches the high court.

Furthermore, Florida's conservative-dominated state Supreme Court recently issued an advisory opinion holding that the constitutional amendment did require the payment of fines and fees, even though its text made no mention of them. While that ruling is not binding, it could be a signal that the state court could threaten to strike down the entire amendment if the federal courts strike down the poll tax.