'Trump knew exactly what was going on': Lev Parnas points the finger right at the president in new clip 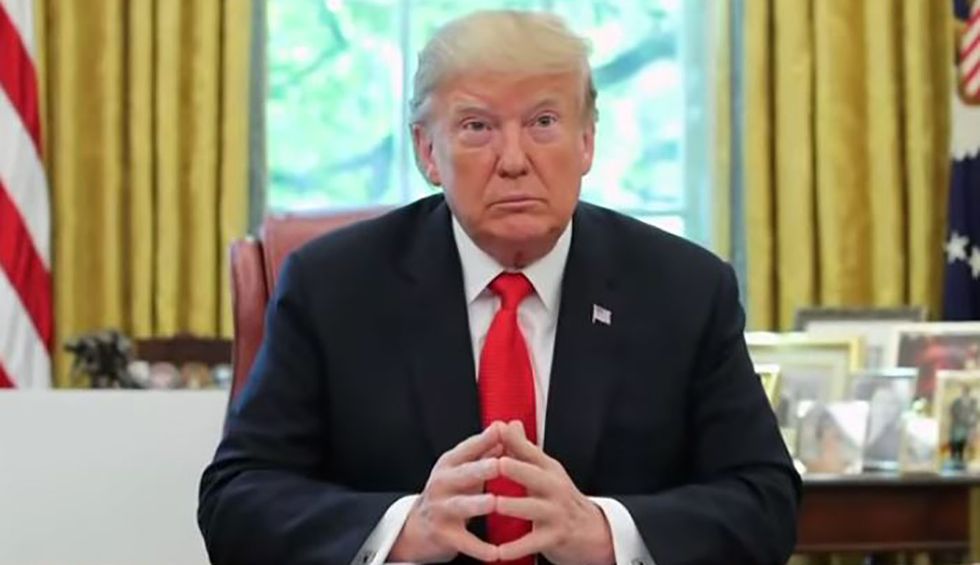 Lev Parnas, the associate of Rudy Giuliani who has been indicted for campaign finance crimes, called out President Donald Trump directly in a new interview with MSNBC's Rachel Maddow.

The interview, which will air in full Wednesday night, came out the same week in which House investigators released several new troves of evidence — including texts, letters, and hand-written notes — that give a much more detailed look into the background dealings of Trump's Ukraine scheme than we've seen before. Some of those texts indicate that Parnas was texting with someone who surveilled the U.S. ambassador to Ukraine. There's even some indication, though it's not clear how serious it was, that they may have been considering threats to her security or life. Trump eventually fired the ambassador, a goal Parnas, Rudy Giuliani, and some in Ukraine were seeking.

"What do you think is main inaccuracy, or the main lie, that's being told that you feel like you can correct?" Maddow asked Parnas, in a clip first aired on Ari Melber's "The Beat."

Responding to Trump's claim that he didn't know Parnas or his alleged co-conspirator Igor Fruman, Parnas said: "He lied."

Many will point out that Parnas is an indicted man, so his words should be treated with due skepticism. This is true. However, a growing body of evidence shows significant ties between him and the president, and Giuliani, the president's attorney, has acknowledged that they worked together. And Trump has many previous associates who have gone on to commit federal crimes, so the fact that Parnas may be guilty of such violations may even make a direct connection to Trump more plausible.