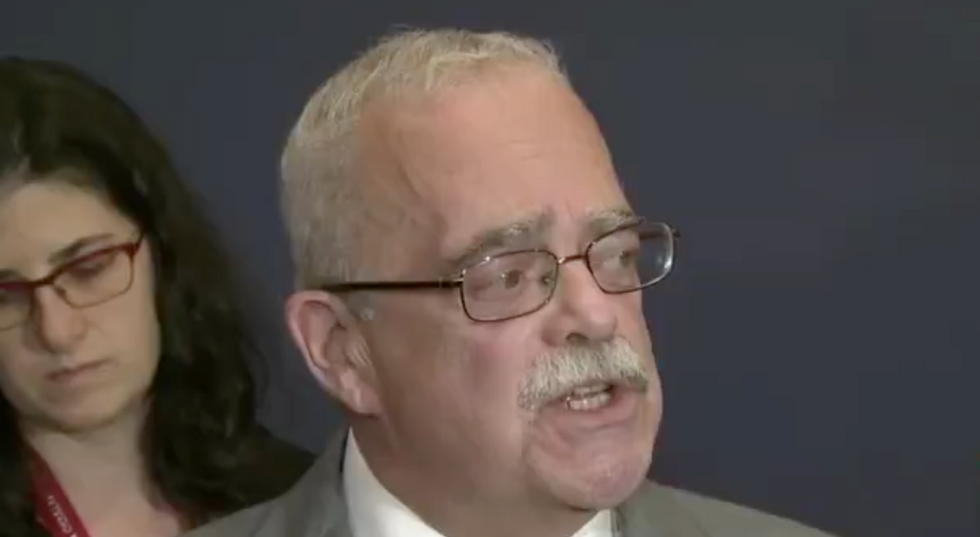 Democratic Rep. Gerry Connolly of Virginia on Wednesday dismissed President Donald Trump and his administration's claims that the military's targeted killing of Qassim Suleimani was justified by an imminent threat after lawmakers received a secret briefing on the matter.

"Without commenting on content, my reaction to this briefing is that it was sophomoric and utterly unconvincing," he told reporters after the meeting. "And I believe more than ever that the Congress needs to act to protect the constitutional provisions about war and peace."

He said there was no convincing rationale that a new imminent threat existed, which administration officials have cited to justify the killing. And he said that the legal defenses of the strike were similarly "sophomoric"; they simply cited the Constitution itself and the 2002 Authorization for the Use of Military Force, which was passed by Congress to allow for the Iraq War. He said the administration's claims reveal the need to repeal the 2002 AUMF.

Other Democrats agreed with Connolly's assessment. Rep. Pramila Jayapal (D-WA) similarly said: "There was no raw evidence presented that this was an imminent threat."

"The basic theme of it was the administration essentially saying trust us," said Rep. Eliot Engel (D-NY). "And that's really what it all boils down to."

Rep. Mark Meadows (R-NC), an ally of the president, defended the administration's decision. He said the briefing was “exhaustive in terms of the number of attacks and planned attacks that had been contemplated and why the need for action was necessary.”

Kerry Eleveld, a writer for the Daily Kos, though, replied: "Even Trump ally Mark Meadows makes a dismal case for 'imminent' attacks. 'Planned attacks that had been contemplated' are not imminent."

Watch the clip of Connolly below: