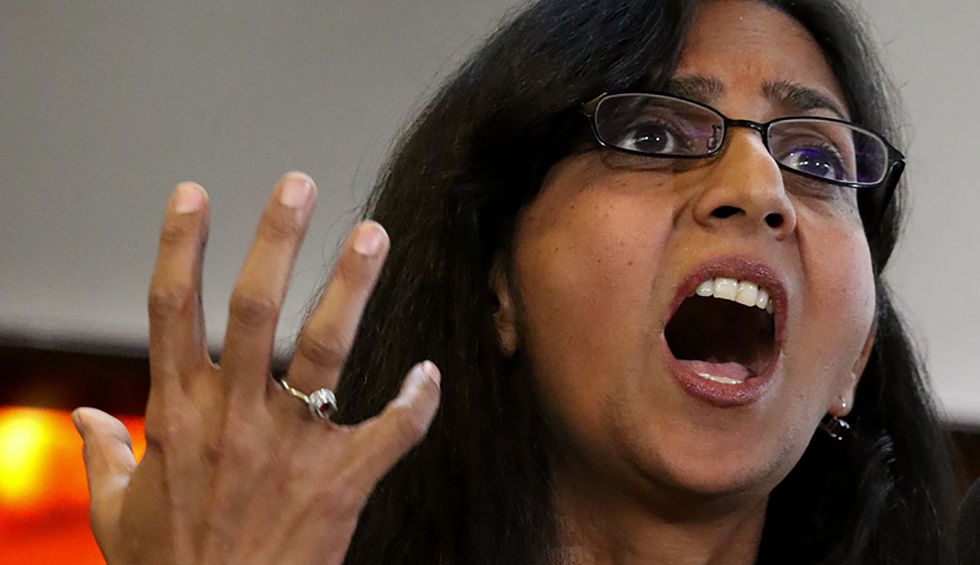 The Seattle City Council on Monday drew a line in the sand against multinational corporate giants like Amazon by voting to become the largest U.S. city to ban "foreign-influenced" companies from political spending in local elections.

The law was approved unanimously by the council just months after Amazon poured an unprecedented $1.5 million into the Seattle Chamber of Commerce's super PAC ahead of the November election.

"The Seattle City Council's passage of this model legislation marks a major victory for our democracy," said John Bonifaz, president of Free Speech For People, which lobbied for the legislation. "In Seattle, as in so many places, the corrupting influence of foreign corporate money in politics is not just a threat. It's here and now. We congratulate Seattle for leading the way in addressing this threat and in protecting the integrity of its elections."

As Free Speech for People said Tuesday, investors from Europe and Asia own more than 5% of Amazon, and two of the company's top ten investors are foreign banks.

"Thanks to the ordinance passed today, the security of our electoral system is stronger," said Lorena González, president of the council. "This legislation confirms Seattle's ongoing commitment to a democracy by and for the people of this city."

City council members have not accused Amazon of enabling foreign meddling in the elections, but the company has made a huge impact on Seattle's electoral process in recent years. In 2018 the company lobbied against a corporate tax aimed at raising revenue for homeless services and affordable housing to help combat the effects of skyrocketing home prices, driven partially by Amazon's presence in the city.

City council members have not accused Amazon of enabling foreign meddling in the elections, but the company has attempted to influence Seattle's electoral process in recent years. In 2018 the company lobbied unsuccessfully against a corporate tax aimed at raising revenue for homeless services and affordable housing to help combat the effects of skyrocketing home prices, driven partially by Amazon's presence in the city.

The case sanctioned political spending as a form of political speech and led to unlimited fundraising by super PACs and the spread of "dark money" from organizations that don't have to disclose their donors.

But since the case allowed corporations to spend freely due to their status as "associations of citizens," or shareholders, Weintraub wrote, "it logically follows, then, that restrictions on the rights of shareholders must also apply to the corporation."

One of our most important campaign-finance limits is that "foreign nationals" are barred from spending in any American election, city, state or federal. Since that's true for individual foreigners, it must also be true for the corporations owned in whole or in part by them.

The passage of Seattle's new law shows that "it is possible to take on powerful corporations and win," tweeted the Corporate Reform Coalition.

"Another example of good work being done at the local level on ethics and money in politics," added Noah Bookbinder, executive director of Citizens for Responsibility and Ethics in Washington (CREW).

The law was passed as the grassroots group Move to Amend was preparing to release a new report on the widespread impact of corporate power, even before Citizens United.

Prior to the ruling 10 years ago, the group says, "The granting of corporate constitutional rights has been under the public radar for more than a century, even though corporations wielding these never-intended rights have been destroying people, communities, the environment and self-governance itself."

Those rights "need to be abolished and replaced with democratically enacted laws that protect corporate entities from improper governmental overreach, yet at the same time provide public controls on the ability of those entities to influence our democratic institutions, public officials, elections, communities, and the constitutional rights of human beings," said Move to Amend national director Kaitlin Sopoci-Belknap.

Supporters of Seattle's new law applauded the city council for taking a significant step toward reigning in corporate power in local, state, and federal politics, and expressed hope that other policymakers at every level follow suit quickly.

"Seattle's law should spark a national movement to protect our democratic self-government," said Ron Fein, legal director for Free Speech for People. "If what Seattleites call 'the other Washington' won't lead, then Seattle will."