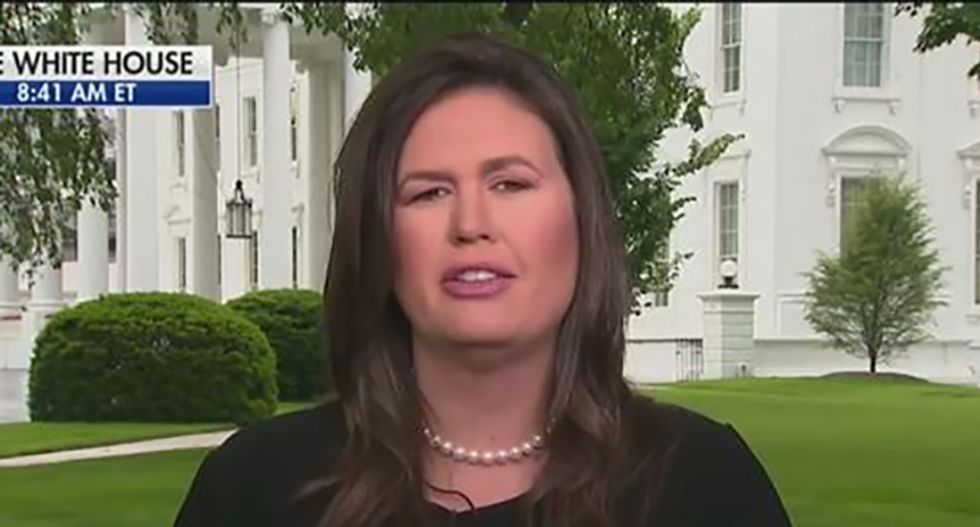 U.S. Congressman Justin Amash, an ex-Republican who denounced his party and became an independent over President Donald Trump, took on and took down former White House press secretary Sarah Huckabee Sanders on Thursday.

Sanders, now a Fox News contributor, blasted a House of Representatives bill that would limit Trump’s war powers should he want to take additional action against Iran, requiring him to obtain explicit authorization from Congress. The legislation largely reminds the executive branch that only Congress, not the President, has the constitutional authority to declare war. Many are concerned that Trump’s actions against Iran have already, or soon may, lead to all-out war.

“I can’t think of anything dumber than allowing Congress to take over our foreign policy,” said Huckabee Sanders, who is still closely tied to Trump and dependent upon him for her upcoming likely gubernatorial bid.

“The last thing we want to do is push powers into Congress’ hands and take them away from the president,” Sanders claimed, clearly unaware of what the War Powers Clause of the U.S. Constitution says.

“Any Democrat that doesn’t understand that America is safer” after Trump’s assassination of Qasem Soleimani, “is completely naive and completely misses what we need to have in a foreign policy,” Huckabee Sanders claimed.

She is also apparently unfamiliar with recent polling, which finds by more than a 2-1 margin that Americans now feel less – not more – safe after the assassination.

The results of that poll, as New York magazine makes clear, are devastating.

By a 55 to 24 percent margin, voters say Trump’s killing of Soleimani made the United States “less safe,” with nearly one-third of Republicans saying their president’s decision had undermined national security. Meanwhile, 63 percent of voters said that the strike made it more likely that there would be terrorist attacks on U.S. soil, and 52 percent said it made Iran more likely to develop a nuclear weapon.

Congressman Amash (I-MI) was not shy in criticizing Huckabee Sanders: