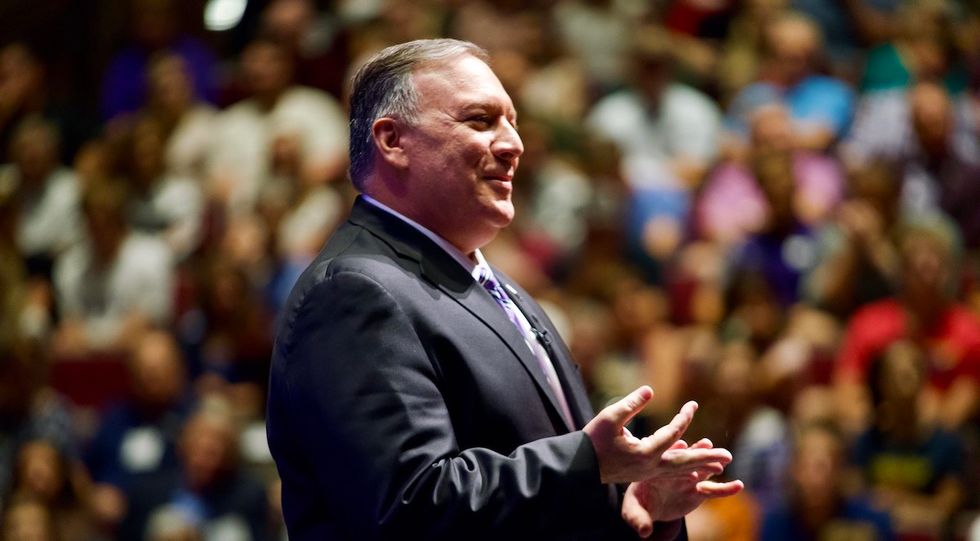 Secretary of State Mike Pompeo, currently enmeshed in both the Ukraine scandal and the growing Iran crisis, has decided he won't run for Kansas' open Senate seat, the New York Times reported Monday after much speculation.

The Times said that Pompeo conveyed his decision to Senate Majority Leader Mitch McConnell, and though he has time left to change his mind, administration sources told the paper that he's "adamant" about his choice.

Assuming the report is correct, the decision could be enormously consequential for the Republican Party. The seat is currently held by Republican Sen. Pat Roberts, 83, who has decided not to run for re-election this fall. While Democrats are hopeful that they may be able to regain control of the Senate by flipping Republican-held seats, and a seat without an incumbent tends to be a better bet for opposition parties to take over, deep-red Kansas hasn't been viewed as a prime location for a Democratic pickup.

But the Times reported:

Without Mr. Pompeo in the race, Republicans face an unsettled primary that includes at least one candidate, Kris Kobach, whom party leaders fear could imperil their hold on a crucial open Senate seat. Mr. Kobach, who ran unsuccessfully for governor in 2018, is popular with hard-right primary voters but widely disliked among moderate and independent voters in Kansas.

Because of Kobach's disastrous 2018 run, Democrat Laura Kelly won the state's governorship. That proved Democrats can win statewide in Kansas, though a national presidential election may present a steeper battlefield.

Pompeo, with his national profile, would likely have defeated Kobach in the GOP primary and had a much better shot at keeping Roberts' seat in Republican hands.

In September 2019, the Kansas City Star editorial board reported that a "newly leaked internal GOP poll shows Republican Kris Kobach losing to his most prominent Democratic rival in the state’s 2020 Senate race." It said this was "an inconclusive but troubling warning sign that the controversial former secretary of state could be a repeat loser for Kansas Republicans."