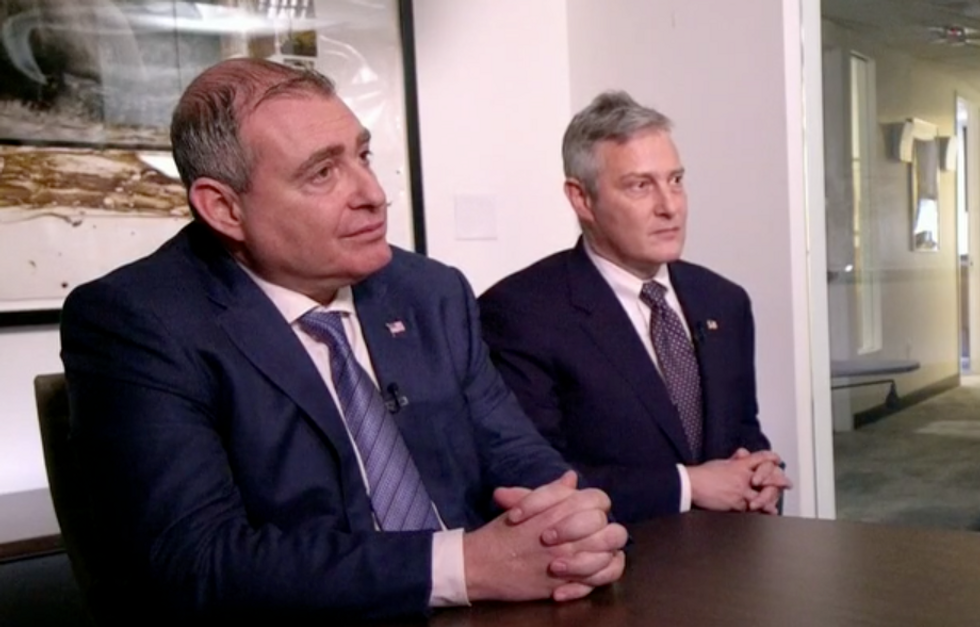 The attorney for Giuliani henchman Lev Parnas says his client is prepared to name top Trump administration officials, including the president, vice president, and the attorney general as co-conspirators in an extortion scheme.

“If Lev Parnas was called as a witness, he would provide testimony based upon personal knowledge, corroborated by physical evidence,” the three-page letter reportedly says, “directly relevant to the President’s impeachment inquiry.”

The letter is addressed to Majority Leader Mitch McConnell.

Below is the letter from Parnas’ attorney, Joseph Bondy: