Giuliani calls Bolton 'backstabber' for spilling the beans on Ukraine 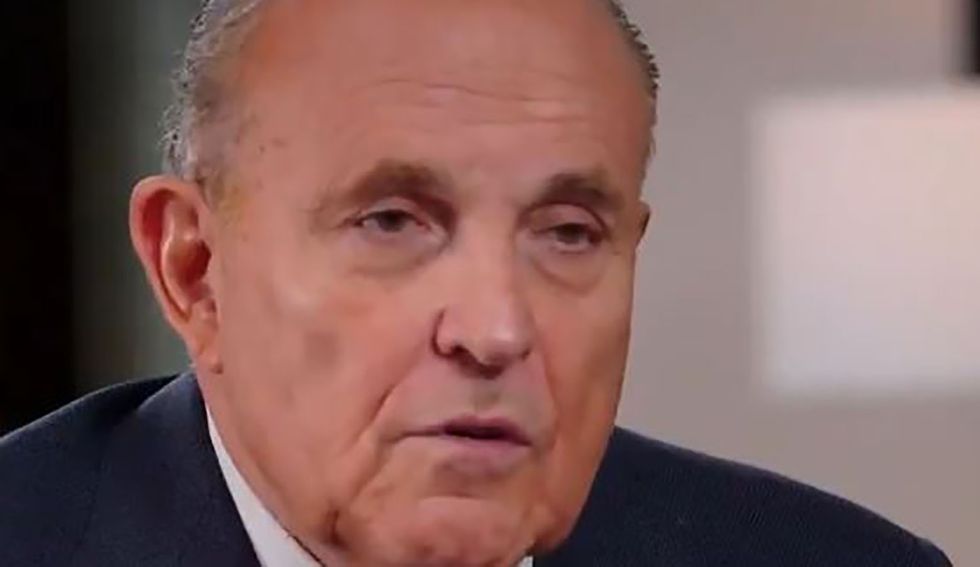 The manuscript, which Bolton's lawyer suggested was leaked by someone at the White House, claimed that Trump directly told Bolton the wanted to keep a freeze on $391 million in aid to Ukraine until the country's leaders agreed to help with investigations into the Bidens, according to The New York Times. The leak ramped up pressure on Republicans to call for his testimony at Trump's impeachment trial, and Senate Majority Leader Mitch McConnell told Republicans that he does not yet have the votes to block Bolton from testifying, according to The Wall Street Journal.

Giuliani ripped into Bolton over the claims in his book during a Wednesday appearance on CBS "This Morning."

"He never said to me, 'I've got a problem with what you are doing in Ukraine,'" Giuliani said. "Never once. Never winked. Never sent me a little note. He is a personal friend — I thought. So here's the only conclusion I can come to — and it's a harsh one, and I feel very bad about it — he's a backstabber."

Told that was a serious charge to level against a former Trump adviser, Giuliani replied, "It's not serious. It's true."

"If your friend was complaining about you behind your back and didn't have the guts to come up to your face and tell you, 'I think you're screwing up, Catherine,' that'd be a backstabber," he said. "That's classic backstabber. So I feel I got a swamp character here."

Giuliani added that he did not believe Bolton's claims.

"I find his testimony about the president pretty close to incredible," he said. "I can't imagine that the president of the United States said that to him."

Trump similarly claimed on Twitter that Bolton did not "complain about this 'nonsense' a long time ago" and said "nothing."

But according to his manuscript and his former deputy, Bolton complained to White House lawyers about the Ukraine scheme.

Former National Security Council official Fiona Hill testified to Congress that Bolton got into a heated exchange with E.U. Ambassador Gordon Sondland, who was working with Giuliani, over the demands for investigations.

Hill said Bolton told her to notify White House lawyers and said he would not be part of "whatever drug deal" Trump aides were "cooking up" with Giuliani.

"Giuliani's a hand grenade who's going to blow everybody up," Bolton told Hill, according to her testimony.

Giuliani told CBS that he would have hit back if Bolton said that directly to him.

"If he came up to me and said, 'Rudy, you're a grenade that'll blow up,' and he shows his face, I would say, 'I would never have the opportunity, 'cause you're an atomic bomb,'" Giuliani said.

Pressed on whether Bolton should testify at the Senate impeachment trial, Giuliani said he should not "if the president feels that it is executive privileged material."

Giuliani also denied that he discussed tying military aid allocated by Congress to the investigations he pressed Ukraine to announce. The attorney claimed that he only found out about the hold on the aid from media reports.

"Never ever discussed military aid with the president with regard to Ukraine," he said.

Despite serving as Trump's personal lawyer and leading the pressure effort in Ukraine, Giuliani was not included in the legal team handling the president's impeachment.

Asked why he was not part of that team, Giuliani replied: "Well, I am, but I can't participate in what goes on in the Congress, because I'm a possible witness."

Giuliani said he would be willing to testify if he gets authorization from the White House.

But in an "angry" text message to New York Daily News reporter Chris Sommerfeldt, Giuliani complained that Democrats were not considering calling him as a witness.

"They are afraid of my physical presence," he told Sommerfeldt. "Why do they want Bolton and not me?"

Asked why House Democrats subpoenaed Giuliani for documents but not his testimony, a House Intelligence official told Sommerfeldt: "Documents are necessary to test the credibility of any witness, but especially one like Giuliani."