Co-chair of the Congressional Progressive Caucus endorses Sanders for president 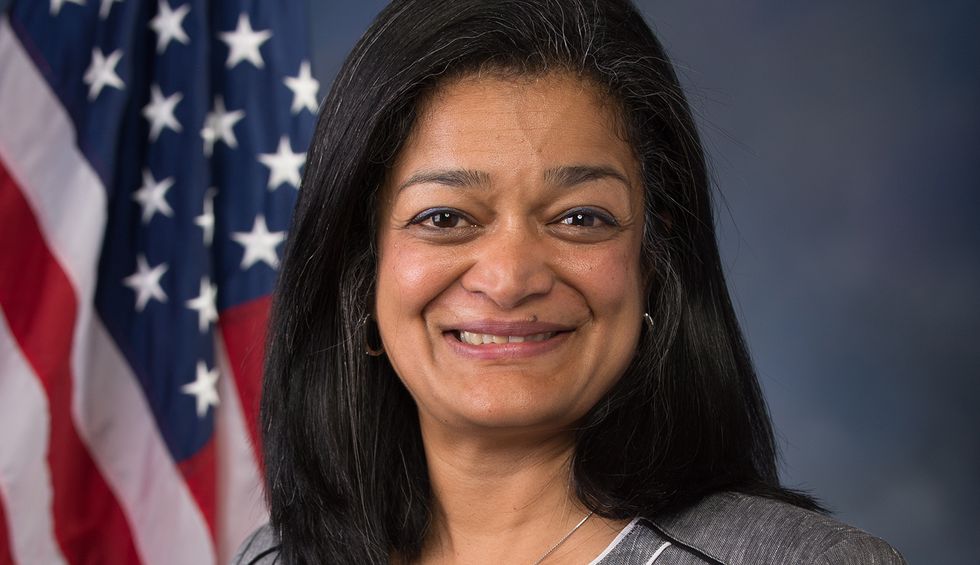 "What I feel we need is a candidate who is entirely authentic about what's wrong and steadfast about it and can rally people to believe he can trust them," Jayapal told the Washington Post on Sunday. "Bernie has that. I can feel Bernie beating Trump."

Sanders, she further explained, "has a clarity on policy prescriptions that goes right to the heart of what working people need."

In a tweet, Sanders praised Jayapal as "a brilliant leader for progressive ideas."

"She has led the fight against Trump's racism, sexism and xenophobia" added Sanders. "Together, we will defeat Trump and build a working class movement and transform this country so it works for all."

Jayapal will join Sanders in Iowa for a rally in Des Moines, Iowa on Monday where she will make the endorsement official.

Progressive allies in Congress, including Reps. Alexandria Ocasio-Cortez of New York, Ilhan Omar of Minnesota, and Mark Pocan of Wisconsin—all of whom have already endorsed Sanders—applauded Jayapal for joining the growing club of Bernie backers.

"Proud to work alongside Pramila every day," he added, "and excited stand with her in the fight for working people to ensure Bernie Sanderss is our next president!"