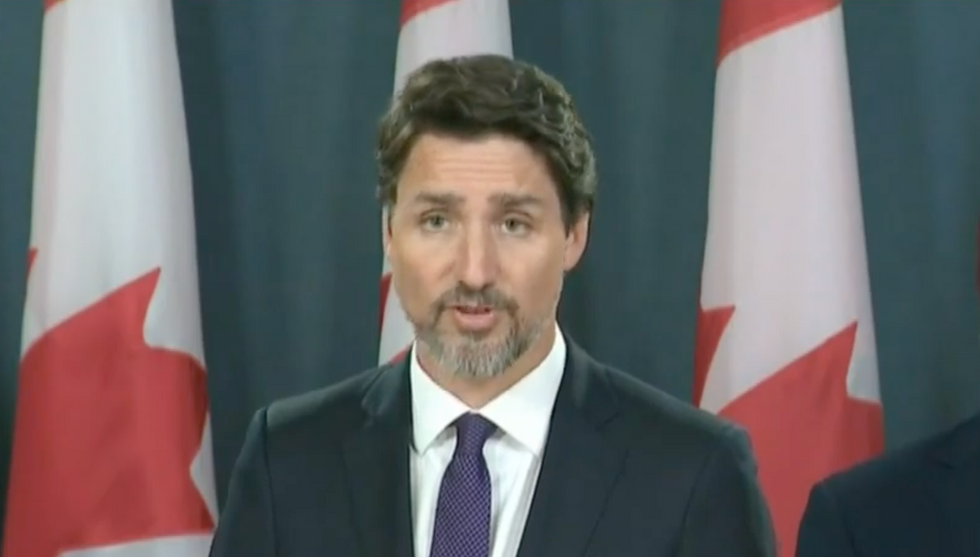 Canadian Prime Minister Justin Trudeau confirmed publicly on Thursday that an Iranian missile shot down a passenger airplane this week that was headed to Ukraine, killing 176 people on board including dozens of Canadians.

Multiple reports had indicated that U.S. and Iraqi intelligence had come to the same conclusion. And President Donald Trump on Thursday suggested he had similar information, saying: "I don't want to say that because other people have their suspicions."

"The intelligence and evidence suggests that it's a surface-to-air strike," Trudeau said. He noted, though, that the strike may have been "unintentional."

What makes the event so conspicuous is that the crash came after Iran targeted an Iraqi base housing U.S. troops with ballistic missiles in retaliation for Trump's killing of Iranian military leader Qassim Suleimani. No one is believed to have been killed in these airstrikes, and the move was interpreted as an attempt by the Iranians to deescalate the conflict with the U.S. that had reached a boiling point. By taking the aggressive action of targeting U.S. personnel, but skillfully avoiding any deaths, the Iranians may have been able to save face without provoking further American attacks.

Iran has denied that it fired at the plane, but the New York Times has obtained video that appears consistent with the missile hypothesis:

Video verified by The New York Times appears to show an Iranian missile hitting a plane above Parand, near Tehran’s airport, the area where a Ukrainian airliner stopped transmitting its signal before it crashed on Wednesday.

A small explosion occurred when a missile hit the plane, but the plane did not explode, the video showed. The jet continued flying for several minutes and turned back toward the airport, The Times has determined. The plane flew toward the airport ablaze before it exploded and crashed quickly, other videos verified by The Times showed.

Many feared that the conflict between Iran and the U.S. could have spiraled out of control, but there was widespread relief when both sides appeared to back down, at least for now. Trump tried to claim vindication and victory for killing Suleimani after no one was killed by Iran's strikes in Iraq. But Trudeau's confirmation of reports that Iran was directly responsible for the downing of the plane — which was initially blamed on mechanical errors — suggests that the conflict may have indeed spiraled out of control and led to more than 200 deaths total.

Trudeau was asked by reporters if he thought the U.S. deserved any blame for the crash, but he said it is too early for such determinations and called for an investigation into the tragedy.

But one of the dangers of escalatory cycles of violence between countries is that one side could overreact and thus dramatically raise the stakes of the conflict. There doesn't seem to have been any strategic reason for Iran to target a plane headed to Ukraine, which was itself carrying many Iranians on board who were killed, so it seems likely the attack was accidental. But such accidents are much more likely when a country feels under threat, as Iran certainly was after striking at a U.S. base in Iraq. It's one of the dangers of such aggressive escalations, which is why it's so disturbing that Trump's justification for killing Suleimani seems so thin.

"If it is true that an Iranian missile brought down a civilian airliner, it points to exactly the sort of miscalculation and recklessness that attends the cycle of escalation and violence we've been seeing in the region," said CNN national security analyst retired Adm. John Kirby. "The innocent people killed in this tragedy would then, sadly, not be the only victims. Iran must fully cooperate with investigators and be willing to account for their actions."

"When people warn of the risks of escalation, civilians being killed in accidents are part of that risk. Period. It is *explicitly* included in national security risk analysis," said Lawfare Executive Editor Susan Hennessey.