Building a better man: Could a mindful masculinity end the gender wars? 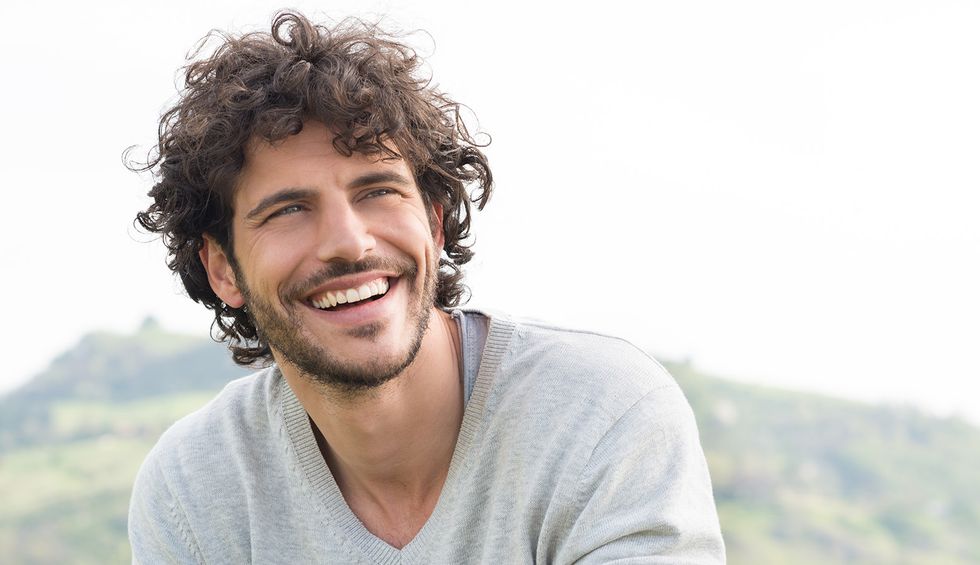 Millions of pages have been devoted to demystifying the relationship between men and women, unpacking gendered power dynamics, and more recently, to interrogating toxic masculinity and finding ways to hold some men accountable for their bad behavior. What is now known as the #MeToo movement began more than a decade ago, when activist Tarana Burke launched a conversation around sexual harassment and assault often experienced by women and femmes with the powerful phrase “me too.”

But what role do men have to play in ending this epidemic, and divorcing themselves from the toxic masculinity that underlies this behavior? We asked authors, organizers, journalists, and leaders to weigh in on the same question: What is men’s role in the #MeToo movement, and what does a new or nontoxic masculinity look like?

Tarana Burke, founder of the “me too.” Movement

“Men’s first and most important role in the ‘me too.’ movement is as survivors. If we want to have less-toxic men, then one thing we can do is create spaces for them to be vulnerable and have access to healing. So much of the dominant narrative around ‘me too.’ is about attacks on men and ‘manhood’ that it places men on the defensive. They think they have to ‘protect’ themselves from #MeToo, when they can play a huge role in shifting the culture that props up sexual violence by listening to how much it affects the material lives of women. Men could be less defensive or dismissive about #MeToo, beyond how it might help their ‘moms, wives, sisters, nieces and daughters,’ and think about how their behavior creates the space for violence—physical, emotional, mental and cultural—to happen.”

Alex Meyers, gender identity educator and author of Revolutionary, Continental Divide and The Story of Silence

Sady Doyle, journalist and author of Dead Blondes and Bad Mothers: Monstrosity, Patriarchy and the Fear of Female Power

“I think men on the whole need to cultivate the art of listening. They need to cultivate more empathy for women’s experiences, and I think one of the ways we do that and break down toxic masculinity is for men to cultivate deeper [platonic] relationships with women in their lives.

We have a really weird culture, wherein men and women don’t actually sit down and talk to each other on a deep level, unless they’re about to get married. That creates a world where it’s really easy for men to not know what women are going through. It’s really easy for men to not understand the sheer pervasiveness of sexual violence and sexual harassment. They don’t have women in their lives who trust them enough to talk about it, so they give their guy friends a pass, they don’t understand what’s going on or how common it is, and when an individual story floats up, it’s easy to disbelieve it if it doesn’t sound like all the other stories you’ve been hearing.”

Tony Porter, Chief Executive Officer of A Call to Men

“Although I’m cautious of it, I’m supportive of the term ‘toxic masculinity’ because it keeps the discussion alive and engages people in this conversation in new ways. If we allow men to separate themselves by saying, ‘I’m not that bad, those guys are the ones with the toxic behavior,’ we are missing the greatest potential for change. The vast majority of men are not abusive, do not sexually harass [or] sexually assault. But the vast majority of men are silent about the violence, harassment, and abuse that women and girls and other oppressed groups experience. That’s why I’m not willing to separate men into categories: ‘bad,’ ‘just ignorant to the issues,’ ‘good.’ Doing so reinforces privilege by allowing men the option to stay quiet, to opt out of the conversation, or distance themselves from the issue. #MeToo has brought about an era of forced self-reflection [for men, and] it’s uncomfortable. [But] we can use that discomfort to create change. In that process, we must listen to women, believe them and validate their experiences.”

“Traditionally with our people, men are seen as protectors. And I believe we need to encourage them to be more protective of their matriarchs, their women, their mothers, their children. We need men to know that it’s OK to have feelings, that it’s OK for them to cry, to be angry, but to handle that anger in a way that is healthy and not toxic.

A lot of our women are missing due to toxic masculinity—men wanting to sexualize and objectify women. I think the voices of men matter just as much as women’s voices matter and we should encourage them to use their voices to uplift women. We want men to feel confident of being protectors and providers, not in a domineering and controlling way, but in a loving and caring way, and not to be scared to express their feminine side.”

“In general, men’s role in the #MeToo Movement is to have conversations with other men, helping them understand rape culture and victim-blaming, and the role of patriarchy and racism that fuels it. I think it is all men’s responsibility to acknowledge the societal pressures that they have had to succumb to that puts women and girls at risk around unhealthy, or toxic masculinity. It’s men’s responsibility to rethink what masculinity truly means, and to be OK with their expression along the continuum of what’s feminine and what’s masculine. …

In particular, Black men have to unpack the legacy and pain of lynching in this country—many of which happened at the accusation of rape or sex with a White woman. Black men I’ve talked to have a very hard time believing anybody is getting raped, and particularly Black women. And so that causes a huge problem and barrier for Black men to be advocates in the #MeToo movement. Those men were in a precarious situation where they weren’t in a good position to protect us. And then they also weren’t in a position to protect themselves.

I believe that it’s difficult for Black men to really believe that other Black men have that capacity. “Oh, that’s what White people do.” We hear that in families a lot around molestation and child sexual abuse. “Black people don’t do that. White people do that.” We know that’s not true. But we say it like it is. It’s the things that we say to make it OK, with us not having to do anything about it, and having generation after generation take child sexual abuse to their grave. What we want is for us to start talking, and we can’t get anything done if no one’s talking.”

Kendrick Sampson, activist and actor in How to Get Away with Murder, The Vampire Diaries and Gracepoint

“Men’s role in the #MeToo movement is to listen, participate and amplify the voices of those who have been impacted. I wouldn’t suggest anyone be shamed into sharing their experience, but I do want to urge men who have experienced sexual harassment and violence to join the movement, to let other men know it’s OK and that they’re not alone. …

We need to listen and redefine the way we approach consent and have those uncomfortable conversations with other men. We must be bold in changing the culture of sexual violence and diligently identify and end our personal participation and encouragement of it. If we are not active, we are complicit.

We need to understand that we live in a society that has taught us, in big and small unnoticeable ways, to oppress womxn, non-binary people and queer people in ways we won’t ever understand if we are not vigilant in examining and questioning the way we operate.

Most of us know nothing outside of systems that have been built to uphold White supremacy in this country. Most of us didn’t (and still don’t) realize the history of White supremacy behind things like our national anthem. We need to identify those ‘Star Spangled Banner’ equivalents in the culture of sexual violence in which we live.”

“The role of men in the #MeToo movement is critical. We live in a patriarchal society, therefore men have the responsibility to be anti-patriarchal and create a process for their peers to understand it and undo it. For us cisgender women of color, being part of a growing queer and trans grassroots movement makes it imperative to create a space where all these communities can lead. It is up to cis men to confront their privilege and work to create a space where all genders can participate and lead.