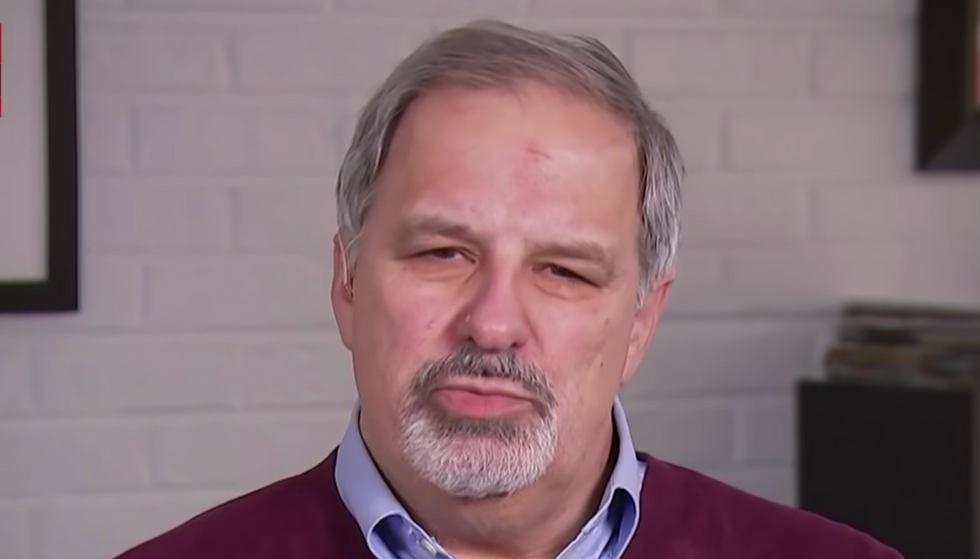 It's become a cliché to say a piece of viral news "broke the internet," but when Mark Galli published an editorial for the evangelical outlet "Christianity Today" calling for President Donald Trump's removal from office, he really did break the magazine's website.

"Not only did this crash the site almost immediately, but when it came back on, there were between 15 and 17,000 people on our site for hours,"  Galli told the New York Times in a new interview about the Dec. 19 piece. "I’ve kind of gotten in trouble with my IT department because they said, ‘Why didn’t you give us a heads up?’ and I said, ‘I had no idea.’"

The piece indeed caused shockwaves, as we covered on AlterNet. When I wrote about the piece on the day it was published, I had trouble getting the site to load — a common sign of heavy web traffic.

But Galli said that the most surprising part of the overwhelming reaction was not just the criticism, which was to be expected, but the people within his community who reached out to express their appreciation.

"I suppose the thing that was most surprising, and which I’m still trying to wrap my head around, was the positive response," he explained. "People wrote to me and said they had felt all alone and were waiting for someone in the evangelical leadership to say what the editorial said. I wish I could tell you that I had noticed that and wanted to respond to it, but I didn’t see that. There were a lot of people who were feeling alone and they’re not feeling that way now."

Trump was among those who lashed out about the editorial:

I guess the magazine, “Christianity Today,” is looking for Elizabeth Warren, Bernie Sanders, or those of the social… https://t.co/iaGau7omMb
— Donald J. Trump (@Donald J. Trump) 1576865907.0

(Trump didn't seem to recognize that, if the Senate followed Galli's advice, it would make Vice President Mike Pence the next president and, in all likelihood, the next GOP presidential nominee.)

Many have argued that Galli's editorial will have no influence on Trump's strong evangelical support. And indeed, white evangelicals have largely maintained their overwhelming backing of the president, which Galli attributes in part to "ethical naïveté" and "widespread ignorance." But there has been some indication of a softening of support in the polls for this key group of backers, as Politico reported in October:

A much-discussed Fox News poll found that nearly three in 10 white evangelicals want the president impeached and removed from office — a figure that startled some officials on Trump’s 2020 campaign, according to an outside adviser. And in the NPR/Marist survey, which was taken after House Democrats began their impeachment inquiry, only 62 percent of white evangelicals said they definitely plan to vote for Trump next fall.

And Galli pointed out in the New York Times interview that Trump himself seems nervous.

"I was a little surprised that Donald Trump and then Franklin Graham thought it was worth commenting on," he said, referring to the son of the late Rev. Billy Graham. "And it did strike me as a bit ironic that they both said that it wasn’t significant or going to make any difference. It makes you immediately think that they do think it’s significant, or they wouldn’t comment on it."