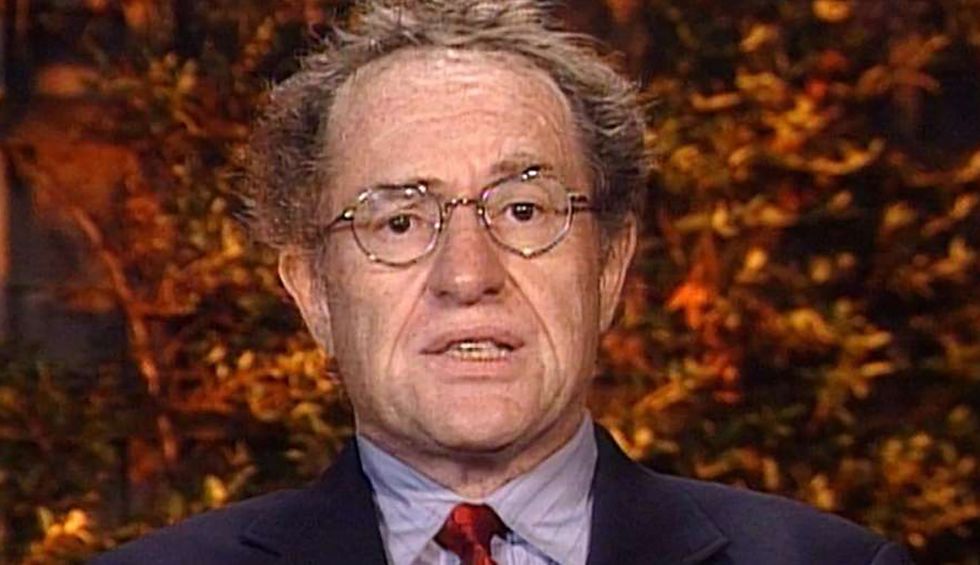 22 years ago Harvard law professor Alan Dershowitz argued in support of impeachment if a president “corrupts the office,” “abuses trust,” and “poses great danger to our liberty.”

On Friday President Donald Trump named Dershowitz to his team of attorneys who will defend him during his Senate impeachment trial.

Impeachment, Dershowitz told host Larry King on CNN in 1998, “certainly doesn’t have to be a crime if you have somebody who completely corrupts the office of president and who abuses trust and who poses great danger to our liberty, you don’t need a technical crime.”

He also seemed to suggest Congress should consider if a president has committed “great offenses of state,”  “whether they try to subvert the Constitution,” by going “behind the back of Congress” and “lying repeatedly.”

As Mediaite reports, Dershowitz went on MSNBC on Friday evening, telling Ari Melber the opposite of what he said two decades ago.

“Abuse of power, even if proved, is not an impeachable offense,” Dershowitz claimed. “That’s what the Framers rejected. They didn’t want to give Congress the authority to remove a president because he abused his power.”

The Constitution has not changed over the past 22 years.

Dershowitz did warn about the gravity of impeachment.

“To impeach a president is like a non-violent revolution,” he said. “It is the most dramatic act of undoing democracy,” he added.