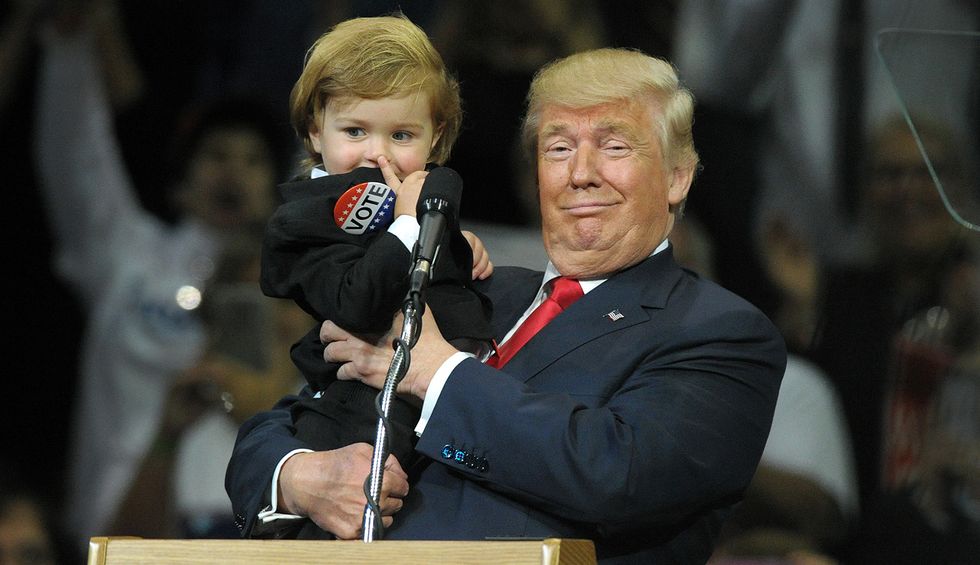 On December 18, minutes after the U.S. House of Representatives voted to impeach President Donald Trump two articles of abuse of power and obstruction of justice, CNN's Brian Stelter took to Twitter to announce "there is no way to deny: Trump has been impeached."

Reporting Saturday from CBS News, however, indicates that the White House may be about to do just that.

The administration is reportedly looking at claiming Trump was not impeached because House Speaker Nancy Pelosi is holding back on sending the articles to the Senate until the upper chamber's Majority Leader Mitch McConnell (R-Ky.) lays out the rules for how Trump's trial will be run, technically the president has not been impeached.

According to CBS News, the White House believes that a Thursday opinion piece written for Bloomberg News by Harvard Law Professor Noah Feldman is a solid basis for denying the president's impeachment.

Feldman argues that Pelosi holding the articles could mean that technically the president has not been impeached.

"If the articles are not transmitted, Trump could legitimately say that he wasn't truly impeached at all," writes Feldman. "That's because 'impeachment' under the Constitution means the House sending its approved articles of to the Senate, with House managers standing up in the Senate and saying the president is impeached."

That argument works for the administration, which has been trying to find a way to reject the outcome since the December 18 vote:

The sources told CBS News that the White House views Pelosi's delay as "a Christmas gift." They plan to use the delay to argue that the Democrats have so little faith in their own case for impeachment, they are too scared to trigger a trial they know they will lose. The two sources also say that the president, while "angry" about what he views as an unfair process, is actually in a "very good mood," and feels confident he can win the messaging war via Twitter while lawmakers are back home for the holidays.

Fox News host Laura Ingraham on Friday said that the House holding back, for now, from sending the articles to the Senate meant that the nation was watching "America's first fake impeachment."

"One could make a fairly decent argument that the president wasn't really even impeached," said Ingraham, citing Feldman's opinion piece.

Denying the legitimacy of the vote's outcome is not new to the president and his allies.

Trump rejected the December 18 vote the very next day in comments to reporters at the White House.

"I don't feel like I'm being impeached," the president said. "It's a hoax."

Former federal prosecutor Elie Honig on CNN Saturday called Feldman's argument "ridiculous" and the product of what happens when "law professors get a little too clever."

"The Constitution is clear here," said Honig. "The Constitution gives the House the sole power to impeach and the Senate to try impeachments. There's nothing about a formal transmission. This is something that is made up."