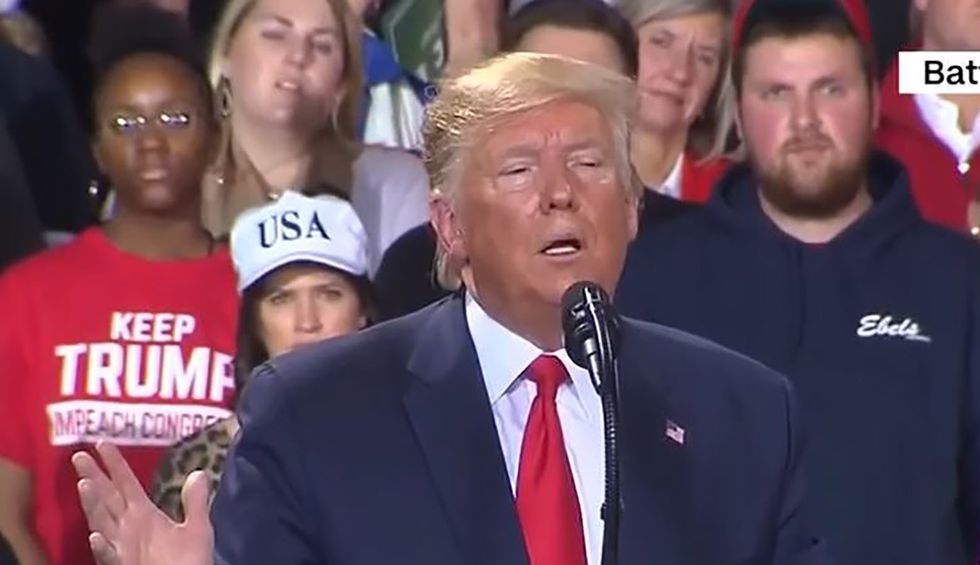 Donald Trump has ignited a religious war here at home, as the rift in the white Christian evangelical community grows in the wake of evangelical magazine Christianity Today’s call for his removal from office, enraging the orange behemoth. Backlash from the Trumpists has Christian publications taking sides, and that has led to professional casualties—for example, journalist Napp Nazworth, who announced his resignation from The Christian Post on Monday.

"They decided to publish an editorial that positions them on Team Trump," Nazworth wrote on Twitter Monday afternoon. "I can't be an editor for a publication with that editorial voice." In a series of tweets, he talked about his nearly nine years of work at the company, which had once "strived to be a place that represented the diversity of evangelicalism in the US." Now, he writes, "They've chosen to represent a narrow (and shrinking) slice of Christianity. […] it's bad for Democracy, and bad for the Gospel. It means there will be one more place where readers can go for bias confirmation, but one less place where readers can go to exercise their brains on diversity of thought." Napp told The Washington Post, "Everything has escalated with the Christianity Today editorial."

He said told his editors "if you post this, you're saying, you're now on team Trump." Which is precisely what they told him they intended. The Post spoke with a number of other "conservative Christian leaders and writers who in the past have spoken out critically about Trump," who, it reported, described "losing book sales, conference attendees, donors, church members and relationships." That included Christianity Today President Timothy Dalrymple, who told the Post that while they'd lost 2,000 subscriptions after their editorial, they'd picked up 5,000. "We don't like to lose anyone," he said. "We need to stay in conversation with one another even when we disagree." Nevertheless, he said, they've received "enormous outpouring of notes and messages speaking in deeply emotional terms about their gratitude."

So there's that. What they could lose, however, is a lot of filthy lucre. "The cost for some of these of speaking out would be losing millions of dollars of donors," Mae Cannon, who has worked for major evangelical organizations like World Vision and megachurch Willow Creek and consulted for Compassion International, told the Post. "The organizations could crumble. Do you compromise the mission of an organization to stand up for a moral issue?" Quite a dilemma for "Christian" organizations, there, having to decide whether to stand on morals.