'To protect our democracy': Rallies planned in all 50 states demanding Congress to impeach Trump 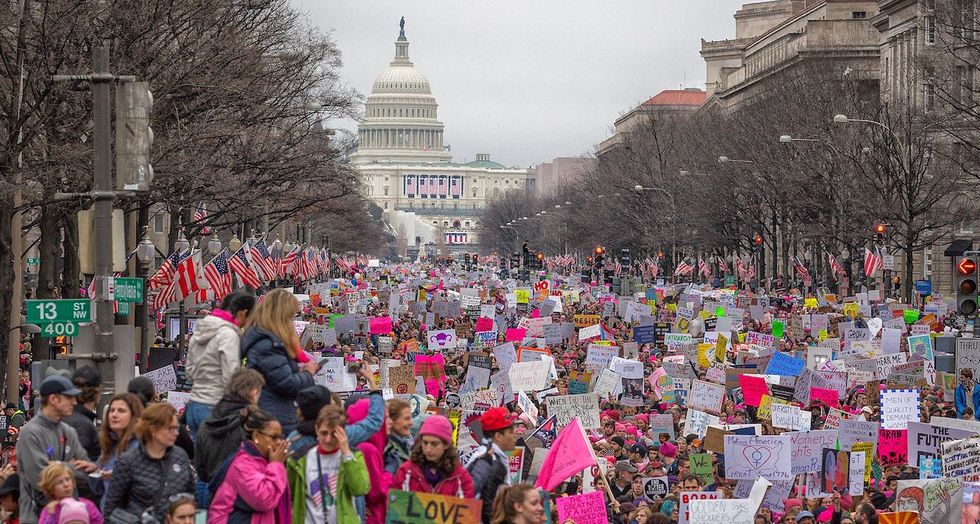 At more than 500 rallies planned for Tuesday evening, hundreds of thousands of Americans are expected to call on the U.S. House to vote to impeach President Donald Trump.

The rallies will take place at congressional offices and other public spaces, the night before the House is expected to vote on two articles of impeachment accusing Trump of abusing his power when he pressured the Ukrainian president to investigate former Vice President Joe Biden and obstructing Congress by stonewalling its investigation.

"The facts are uncontested," organizers said Saturday. "An extensive investigation turned up phone records, transcripts, and first hand witness testimony that prove Trump demanded Ukraine interfere in the 2020 election on his behalf before he’d give them critical military aid or a White House meeting."

"Americans from California to West Virginia are ready to hold their representatives accountable and declare that no one—not even the president—is above the law," they added.

At least 527 events were planned for 5:30pm local time on Tuesday, with people in every state in the nation planning to rally.

NEWS: This Tuesday, December 17, there will be nationwide rallies calling on Congress to Impeach & Remove Donald Tr… https://t.co/rTqFeHbvmq
— MoveOn (@MoveOn) 1576341806.0

The "Nobody Is Above the Law" coalition, which includes CREDO Action, Indivisible, and Public Citizen, reported that more than 100,000 people had RSVP'd to the events.

On Twitter, MoveOn posted a video featuring people who plan to attend the rallies explaining why they are urging the House to vote to impeach the president.

"We must impeach and remove Trump because he and his administration are unchecked and unbalanced," said one participant. "He has betrayed the oath he took to protect and defend the Constitution."

"It's on us, the people, to protect our democracy," said another. "Congress will only act is we the people demand it."