Mitch McConnell should be running scared instead of gloating about Trump impeachment: poll 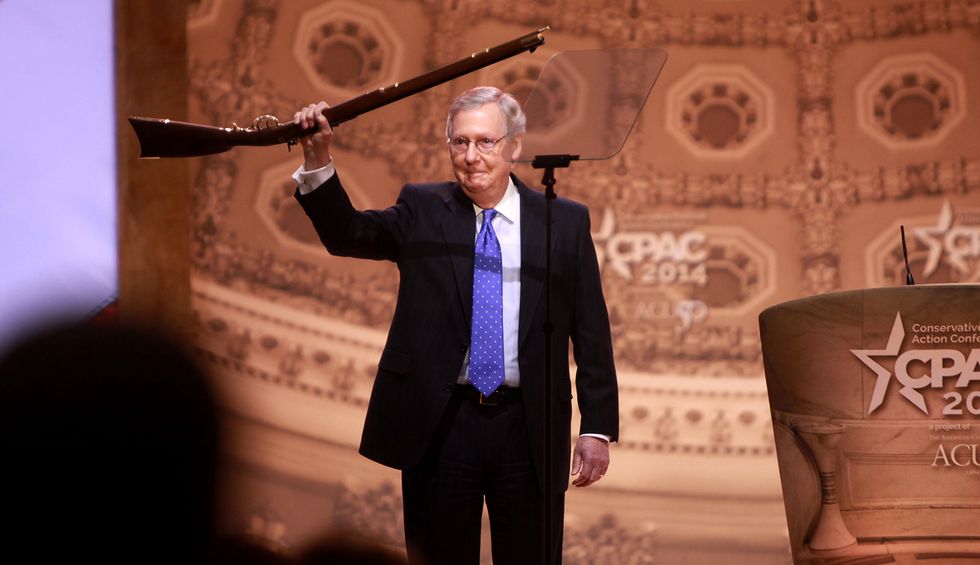 A new poll released on Christmas Day shows record-level support among U.S. voters for the ouster of President Donald Trump—a finding that indicates the Republican Party's effort to obstruct accountability for the president is not having the desired result.

The daily tracking poll from Microsoft News published Wednesday asked respondents if they "support or oppose the Senate voting to remove President from office?" It found that while 55% of people support only 40% oppose—a dramatic surge for those backing Trump's ouster and a record for the poll that has been asking that same question since late September of this year.

Notable in the responses was the dramatic swing since the poll was taken just one week ago, when 48% were in favor and 47% opposed.

"This polling is a clear sign that [the] Republican policy of complete obstruction is not selling well to [the] voting public," said David Rothschild, an economist at Microsoft Research.

In a series of tweets, Rothschild explained why the tracking poll figures present a troubling trend for Trump and his Republican enablers. "When you follow polling daily, you learn people rarely make big jumps from Opposition to Support, but slowly move through don't know or third-party," he said.

Also striking in the data was the number of people moving from "oppose" to "don't know," he said, and the "big moment will be if [those kinds of voters] reach support for conviction."

The MN poll is not the only survey of recent days to show Americans more in favor of Trump's removal than opposed.

A HuffPost-YouGov poll (pdf) taken just prior to the Christmas holiday (Dec. 20-22), showed 47% in favor of the Senate voting to convict Trump compared to 42% who opposed. Just days earlier, a Morning Consult-Politico poll showed slightly higher numbers in favor of removing Trump, with 51% supporting and 42% opposed.

Republican Senate Majority Leader Mitch McConnell of Kentucky has drawn increasing levels of ire and criticism over his vows to coordinate the Senate trial directly with the Trump White House.