Bitter days ahead for Donald Trump 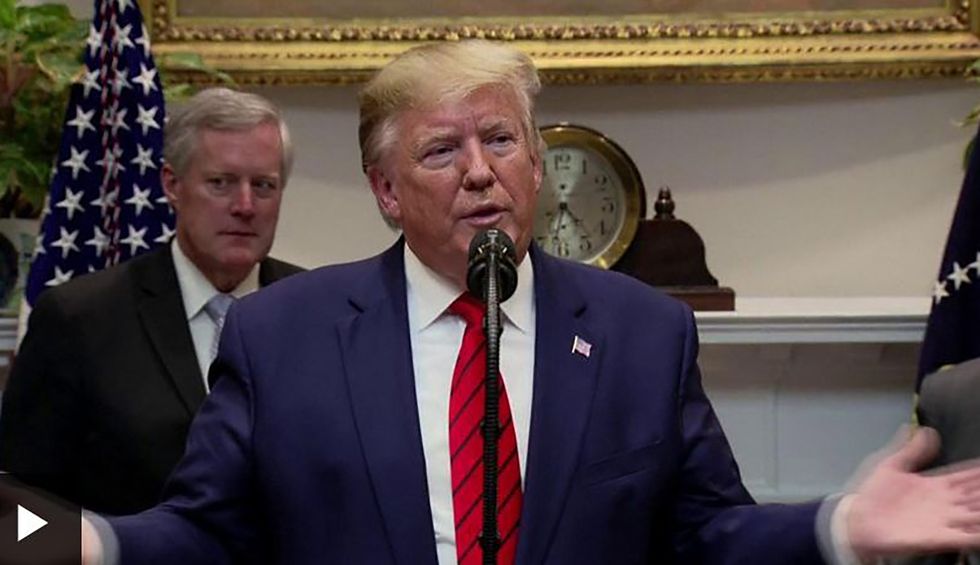 Poor Donald Trump. They don't let you rest easy. When the political trial—and its consequences—looms ominously over his head, the powerful evangelistic magazine Christianity Today published an editorial in which it violently attacks the American president and asks for his removal from power. His answer: "I will not read it again!" Trump said furiously.

Mark Galli, the editor of the magazine, wrote: "The facts in this instance are unambiguous: The president of the United States attempted to use his political power to coerce a foreign leader to harass and discredit one of the president's political opponents." These are certainly very hard words from a group that until now had strongly supported the American president.

These facts occur when the political trial against President Trump has just been approved by the House of Representatives of the US Congress and has to be submitted to the Senate for approval. Contrary to what happens with parliamentary democracies, where it is enough for parliament to lose confidence in the Prime Minister to provoke a new parliamentary election, impeachment is the weapon that presidential democracies have to remove a president from power.

Bill Clinton was accused of committing a sexual infidelity with Monica Lewinsky, a young woman who worked on an interim basis in the United States Congress. This trial was followed avidly throughout the world and, although Clinton was not finally removed from office, he can never eliminate the stain that incident had on his political career. Interestingly, Monica Lewisnky, who is currently 46 years old, was able to overcome this unfortunate incident and is currently a fashion designer and a women's rights activist.

The course of the process against Trump is in the hands of Nancy Pelosi, the Democratic leader of Congress, who is probably the most powerful woman in the United States. She is the one who has to reach an agreement with the Senate Republican leader, Mitch McConnell, especially with regard to the testimony of witnesses that Democrats consider key in this process.

Until reaching an agreement on that point, Nancy Pelosi refuses to send the request for impeachment to the US Senate, much to the fury of the Republicans who consider this as a dishonest maneuver of the Democrats as it lengthens the process and runs the risk that New evidence may appear against President Trump.

Meanwhile, Nancy Pelosi, who, despite her small stature is a formidable political figure, does not hide her contempt for both leaders. "Those who wrote our Constitution," she said recently, "imagined a scenario where the President of our country was a rogue person. However, they never imagined that both the President and the Senate leader were equally rogue."

In these circumstances, it is possible that the political trial is still delayed for an indeterminate time. And that, when carried out, President Trump, who enjoys an overwhelming majority in the Senate, is finally acquitted of the charges against him and remains in power. It will be a triumph for Trump, and a disgrace for the United States, and for the world.