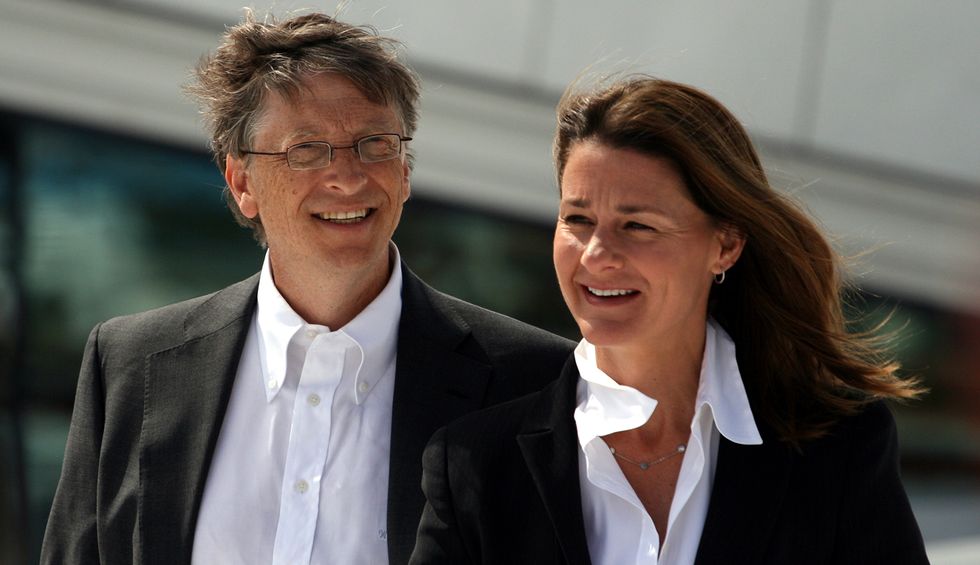 Rubbish. There are basically only five ways to accumulate a billion dollars, and none of them has to do with being successful in free market capitalism.

The first way is to exploit a monopoly.

Jamie Dimon is worth $1.6 billion. That’s not because he succeeded in the free market. In 2008 the government bailed out JPMorgan and four other giant Wall Street banks because it considered them “too big to fail.”

That bailout is a hidden insurance policy, still in effect, with an estimated value to the big banks of $83 billion a year. If JPMorgan weren’t so big and was therefore allowed to fail, Dimon would be worth far less than $1.6 billion.

What about America’s much-vaulted entrepreneurs, such as Jeff Bezos, now worth $110 billion? You might say Bezos deserves this because he founded and built Amazon.

But Amazon is a monopolist with nearly 50 percent of all e-commerce retail sales in America, and e-commerce is one of the biggest sectors of retail sales. In addition, Amazon’s business is protected by a slew of patents granted by the U.S. government.

If the government enforced anti-monopoly laws, and didn’t give Amazon such broad patents,Bezos would be worth far less than $110 billion.

Hedge-fund maven Steven A. Cohen, worth $12.8 billion, headed up a hedge fund firm in which, according to a criminal complaint filed by the Justice Department, insider trading was “substantial, pervasive, and on a scale without known precedent in the hedge fund industry.” Nine of Cohen’s present or former employees pleaded guilty or were convicted. Cohen got off with a fine, changed the name of his firm, and apparently is back at the game.

Insider trading is endemic in C-suites, too. SEC researchers have found that corporate executives are twice as likely to sell their stock on the days following their own stock buyback announcements as they are in the days leading up to the  announcements.

If government cracked down on insider-trading, hedge-fund mavens and top corporate executives wouldn’t be raking in so much money.

A third way to make a billion is to buy off politicians.

The Trump tax cut is estimated to save Charles and the late David Koch and their Koch Industries an estimated $1 to $1.4 billion a year, not even counting their tax savings on profits stored offshore and a shrunken estate tax. The Kochs and their affiliated groups spent some $20 million lobbying for the Trump tax cut, including political donations. Not a bad return on investment.

If we had tough anti-corruption laws preventing political payoffs, the Kochs and other high-rollers wouldn’t get the special tax breaks and other subsidies that have enlarged their fortunes.

The fourth way to make a billion is to extort big investors.

Adam Neumann conned JP Morgan, SoftBank, and other investors to sink hundreds of millions into WeWork, an office-sharing startup. Neumann used some of the money to buy buildings he leased back to WeWork and to enjoy a lifestyle that included a $60 million private jet. WeWork never made a nickel of profit.

A few months ago, after Neumann was forced to disclose his personal conflicts of interest, WeWork’s initial public offering fell apart and the company’s estimated value plummeted. To salvage what they could, investors paid him over $1 billion to exit the board and give up his voting rights. Most other WeWork employees were left holdingnear-worthless stock options. Thousands were set to be laid off.

If we had tougher anti-fraud laws, Neumann and others like him wouldn’t be billionaires.

The fifth way to be a billionaire is to get the money from rich parents or relatives.

About 60 percent of all the wealth in America today is inherited, according to estimates by economist Thomas Piketty and his colleagues. That’s because, under U.S. tax law — which is itself largely a product of lobbying by the wealthy — the capital gains of one generation are wiped out when those assets are transferred to the next, and the estate tax is so tiny that fewer than 0.2 percent of estates were subject to it last year.

If unearned income were treated the same as earned income under the tax code, America’s non-working rich wouldn’t be billionaires. And if capital gains weren’t eliminated at death, many heirs wouldn’t be, either.

Robert B. Reich is Chancellor's Professor of Public Policy at the University of California at Berkeley and Senior Fellow at the Blum Center for Developing Economies. He served as Secretary of Labor in the Clinton administration, for which Time Magazine named him one of the ten most effective cabinet secretaries of the twentieth century. He has written 15 books, including the best sellers "Aftershock", "The Work of Nations," and"Beyond Outrage," and, his most recent, "The Common Good." He is also a founding editor of the American Prospect magazine, chairman of Common Cause, a member of the American Academy of Arts and Sciences, and co-creator of the award-winning documentary, "Inequality For All." He's also co-creator of the Netflix original documentary "Saving Capitalism."