There’s a new toad in town for fans of psychedelics 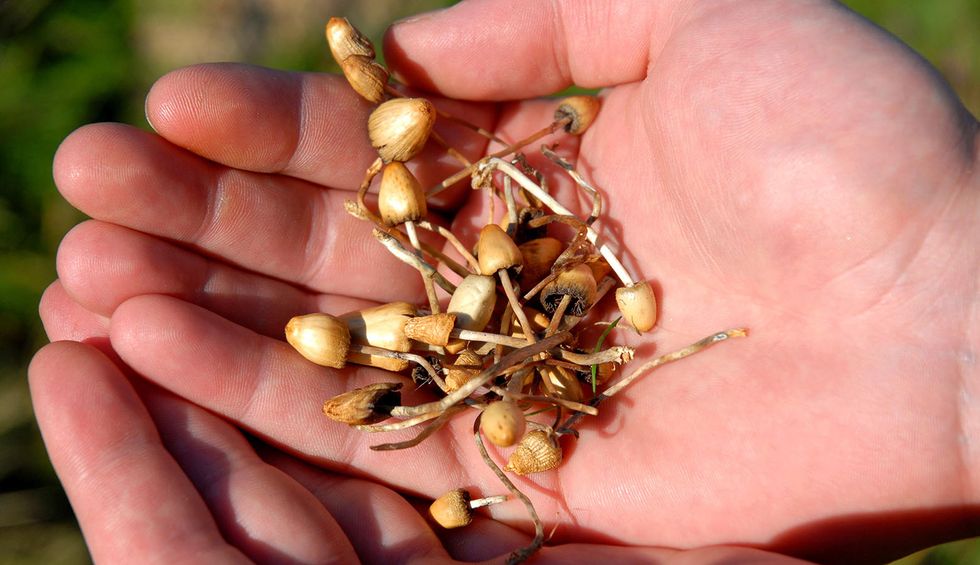 We’ve long heard about “toad venom,” a secretion from the Sonoran Desert toad containing bufotenin, a psychoactive substance that’s a close chemical cousin to DMT. In fact, it is currently au courant among the Brooklyn hipster set, with the New York Post recently calling it “the hottest new psychedelic drug among trendy New Yorkers.”

“Toad venom” derived from the Sonoran Desert toad is indeed psychedelic, but there is another “toad venom” on the scene, and the two should not be confused. This second “toad venom” comes from the Amazonian tree frog and is also known as “sapo” (Spanish for “toad”). It doesn’t get you high in the traditional sense, but it reportedly has some profound mental and physical effects.

“Generally, it is an extremely physical experience, and can be intense,” explained journalist Valerie Vande Panne, who has experienced a guided sapo session. “It can induce vomiting and diarrhea. Physically you may become incapacitated, or unable to speak, keep your balance, or move quickly or accurately, which is why you should never be alone and without proper support.

“It is not something to take and relax or chill out. It can be intensely unpleasant, in fact. It is in no way psychedelic or otherwise ‘trippy,’” she continued. “You may cry intensely. Afterward, you might feel a profound relief, and you may find some emotional, spiritual, physical, or other kinds of issues or blockages in your life have been alleviated.”

We know about sapo largely thanks to the efforts of one man: author, journalist, de facto ethnobotanist, and social anthropologist Peter Gorman. A former editor of High Times, Gorman has been traveling to the Peruvian Amazon for decades, where he has lived and raised a family, meanwhile delving deep into indigenous cultures of the region and their healing medicines. His writings, especially his work at High Times, have played a crucial role with exposing Western consciousness to the healing plants and Amazonian way of life. If you’ve heard of ayahuasca, you can thank Gorman for that, too.

Gorman’s life’s work is the subject of a new documentary, More Joy Less Pain, which will premiere in New York City on November 11 at the Tribeca Screening Room. The film is a candid look at Gorman and his life with the indigenous Matsés of the Peruvian Amazon and their traditional medicines, including ayahuasca and sapo. (Tickets may be purchased here. Seating is limited. There will be a Q&A with director James Michael McCoy and likely Peter Gorman himself.)

“This is Peter Gorman’s fieldwork,” says legendary psychedelic guru Terence McKenna in the doc. “He seems to know more about this than anyone else.”

The documentary should serve as a useful corrective for misguided and sensational media coverage of substances such as sapo and ayahuasca, as well as a closely informed look at the cultures, traditions, and practices of the Amazon.

As for sapo itself, Vande Panne declined to go into particulars about just how it is used, saying: “I’m not going to get into the details of how to take it—this isn’t a medicine to play with or to learn to use by reading about it on the internet or with a YouTube tutorial or via some other pop-culture special. Indigenous medicine is powerful and sacred and is wisely treated with respect.”

If you’re now really curious about sapo, watch the documentary and then get in touch with Gorman. He continues to bring people into the jungle to experience healing and serves as a mentor to many studying natural healing. And he continues to blow Western minds with Amazonian wisdom.