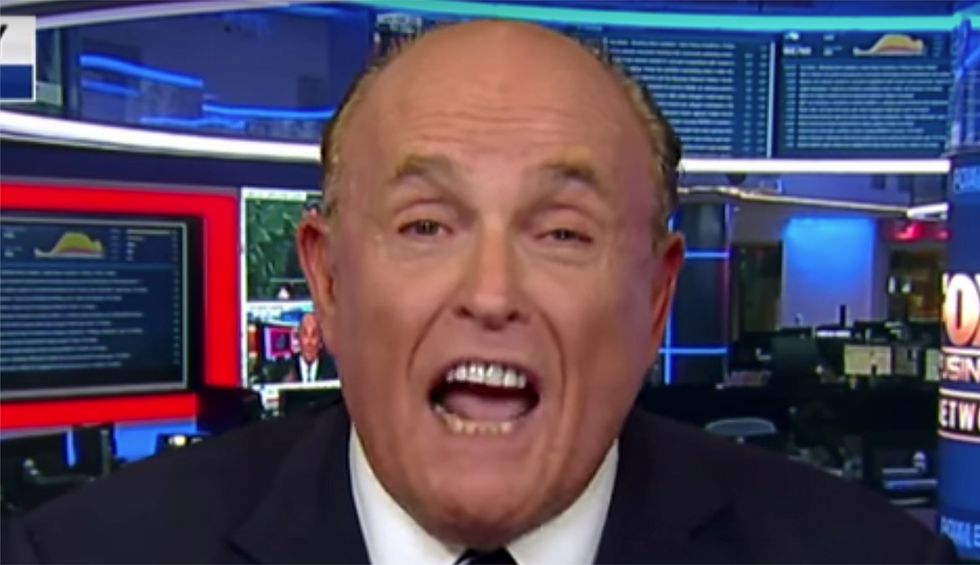 Speaking with hosts Victor Blackwell and Christi Paul, Brinkley noted that Giuliani — who appeared on Fox News on Saturday and made a veiled threat at Trump — appears to be “unraveling.”

Asked by host Paul about Giuliani’s relationship with the president, the historian said it is not unusual for presidents sometimes to have an alter ego to speak for them.

“Presidents have an ego like John F. Kennedy and Ted Sorensen or somebody who understood the workings of their mind but never such a weird and dog and pony show as Trump and Giuliani,” Brinkley explained. ‘What they share is a great celebrityhood from being in New York City, where they are household names and they are Republicans.”

“But the thought that Donald Trump wants to use somebody like Giuliani, who seems to be unraveling at the seams all the time, people have to question his mental stability that the president wants to use him and this wildcard rogue creating shadow in foreign policy and digging dirt on opponents, and then bragging about it is bizarre,” he continued. “I don’t think it serves the president well to be having Giuliani anywhere near him. If anything, the one thing most Americans agree on, Democrats and Republicans, is Giuliani’s intervention in Ukraine was a mess.”