Gordon Sondland revealed something huge that hardly anyone noticed 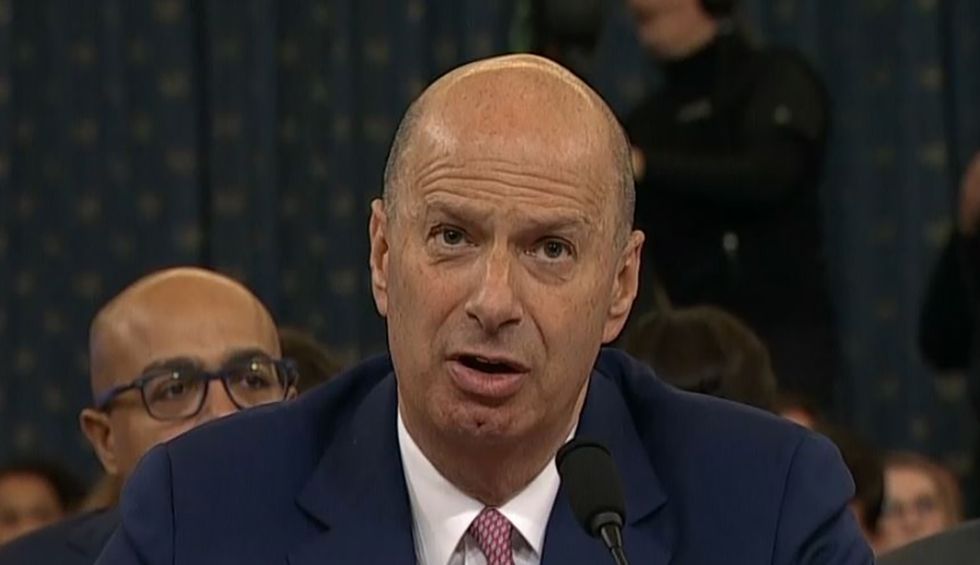 During his testimony Wednesday, EU Ambassador Gordon Sondland told the world that the “quid pro quo” is exactly what President Donald Trump intended. Further, he told Americans that everyone was “in the loop” on the bribery effort to get Ukraine to open an investigation into former Vice President Joe Biden and his family. It was only once that promise was made and the whistleblower came forward that the Ukraine military assistance was released to Ukraine.

While those revelations dominated the news, CNN’s Chris Cillizza wrote that there was one key piece of evidence that seemed to go unnoticed.

“He had to announce the investigations. He didn’t actually have to do them, as I understood it,” Sondland told the committee. Trump wasn’t interested in an actual investigation. Nor was Trump or his team interested in the corruption they only recently claimed was so important.

“To be clear, [that] means that in order for [Ukrainian President Volodymyr] Zelensky to get the White House meeting he so coveted, he needed to simply announce that Ukraine was looking into Joe and Hunter Biden — despite there being no evidence of wrongdoing by either of them — as well as the whereabouts of the hacked Democratic National Committee server,” wrote Cillizza.

Staff lawyer Daniel Goldman asked for clarification if Giuliani and Trump didn’t actually care if Ukraine did the investigations.

“I never heard, Mr. Goldman, anyone say that the investigations had to start or be completed,” Sondland testified. “The only thing I heard from Mr. Giuliani or otherwise was that they had to be announced. … President Trump presumably, communicated through Mr. Giuliani, wanted the Ukrainians on-record publicly that they were going to do those investigations.”

The president and Republicans on the committee have claimed that Trump was so concerned about Ukrainian corruption that he never addressed it publicly, tweeted about it, or made moves to address corruption outside of the issue of Biden or an imaginary 2016 Democratic server that somehow exists in Ukraine.

Lt. Col. Alexander Vindman made similar claims when he testified this week.

“I think it demonstrates that both on that call, before and after, the president was not just pursuing an anti-corruption agenda on Ukraine,” said Lawfare Executive Editor Susan Hennessey after reading his deposition. “What the president was doing was putting his political interests over the national security interests of the United States, and his own staff was alarmed by it at the time.”

Read the full take from Cillizza at CNN.com.