Fox's Diamond & Silk decry alleged liberal war on Thanksgiving: 'Don’t tell us what we can and cannot eat' 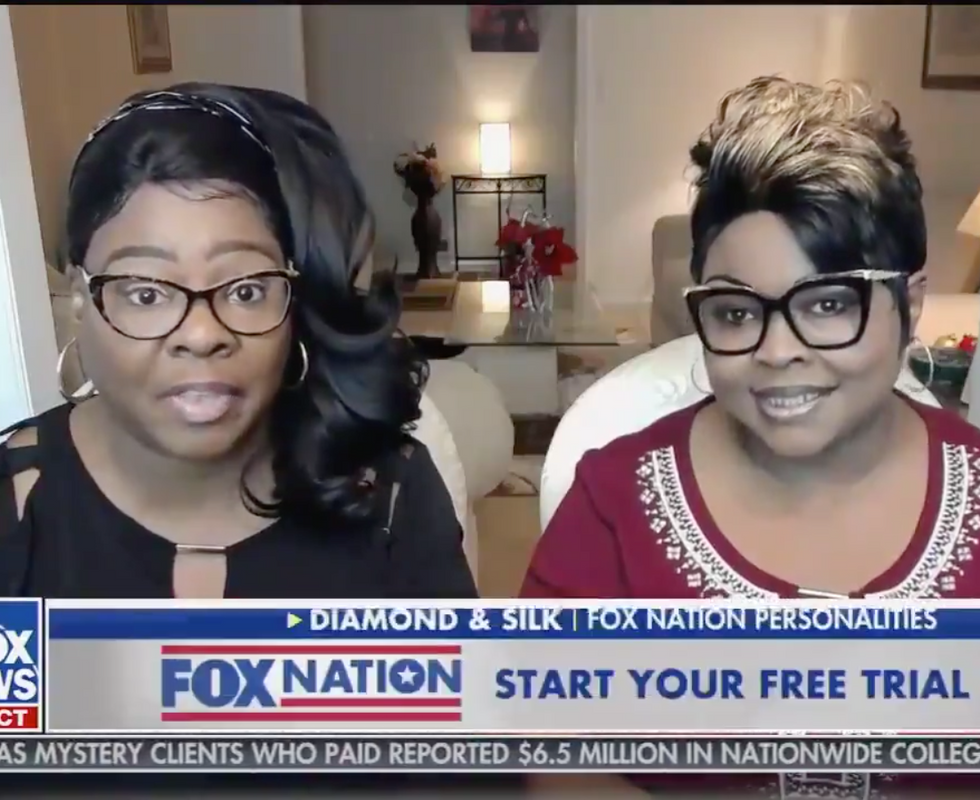 Social media personalities and political activists Lynnette Hardaway and Rochelle Richardson, who go by the names Diamond & Silk, told “Fox and Friends” they were upset by a recent HuffPost editorial, which called on Americans who celebrate Thanksgiving to do so in a way that reduces their carbon footprint in order to account for climate change.

“I get tired of people that have lived their life and have eaten meat telling us not to eat meat,” Hardaway said. “Don’t tell us what we can and cannot eat. If you have a problem with climate change, stop driving cars ⁠— ride on your horse to work. You do everything you can to fix the climate, but don’t infringe upon my right to have Thanksgiving with my family.”

The Fox News personalities were criticizing a HuffPost article titled "The Environmental Impact Of Your Thanksgiving Dinner," which was written by Alexandra Emanuelli. In the op-ed, Emanuelli gave various advice for reducing one’s climate footprint on the annual holiday, including replacing meat and meat byproducts with plant-based alternatives, purchasing ingredients from vendors who provide local materials, not wasting food and traveling shorter distances for Thanksgiving dinner.

Despite characterizing the article as an attempt to “cancel” Thanksgiving, Emanuelli writes that “no one should be discouraged from enjoying the holiday or celebrating with family and friends, but we’re here to provide insight into the ingredients and dishes that have the largest ecological impact. The researchers we interviewed shared suggestions and alternative ingredients that cause less environmental damage.”

A separate reason why some Americans have criticized Thanksgiving through the years is because of the holiday’s problematic roots. Thanksgiving celebrates a feast between the Puritan colonists of Massachusetts and the Wampanoag people whose land they colonized. However, the Fox News talent altogether ignored the issues of race and imperialism.

Salon spoke with David J. Silverman, the author of the new book “This Land Is Their Land: The Wampanoag Indians, Plymouth Colony, and the Troubled History of Thanksgiving” last month about the true story of the first American Thanksgiving.

“I'm placing Wampanoag people at the very center of the story,” Silverman explained. “Typically in the Thanksgiving myth, the identity of the native people goes unremarked. They're just ‘the Indians,’ and they're torn out of their long historical context. They seem like people without history until the English arrive. What's more is, after the famous feast between the Pilgrims and the Indians, the Indians then somehow disappear, and the entire point of the myth is to make it seem as if native people voluntarily ceded their country to colonists.”