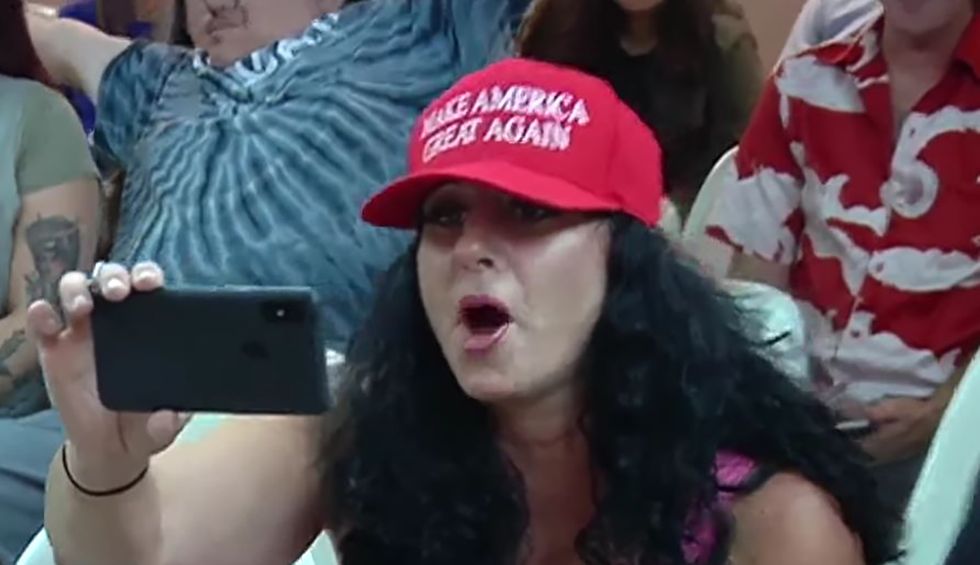 For nearly two years the Trump re-election campaign has been running apparently fraudulent fundraising contests that promise breakfast, lunch, or even dinner with the President – reportedly at least sixteen separate contests over the course of nearly two years. There was just one winner announced and that person never dined with the president.

(Don’t expect anyone to prosecute Trump or the campaign for it.)

Well-known veteran journalist and founder of both Popular Information and ThinkProgress, Judd Legum, has been chasing down this story for months, and publishing the results in his email newsletter and to Twitter.

Here’s one of his findings:

6. We know this one contest was a fraud.

And some more which show some of the fraudulent ads the campaign has run:

2. The promise of breakfast with Trump was used in hundreds of Facebook ads to entice supporters to donate money.

“I really want to discuss our Campaign Strategy for the rest of the year with you over breakfast,” Trump said in a Facebook ad in Septemberhttps://t.co/2de4xHOcCH

Those are just a few of the examples of the Trump campaign apparently breaking the law and committing fraud, according to at least one expert.

But on Friday President Trump tweeted about another “contest,” and this one, if it doesn’t violate the law, violates ethical norms respected by presidents for generations.

I will be announcing the winners of the #MAGACHALLENGE and inviting them to the @WhiteHouse to meet with me and perform. Good luck! https://t.co/3PYzOvYz17

It’s unclear what the #MAGACHALLENGE is, exactly. Some are calling it a pro-Trump campaign rap contest started by rapper Bryson Gray.

But it absolutely is a campaign-related political event, now that President Trump has declared he will be “announcing the winners of the #MAGACHALLENGE and inviting them to the @WhiteHouse to meet with me and perform.”