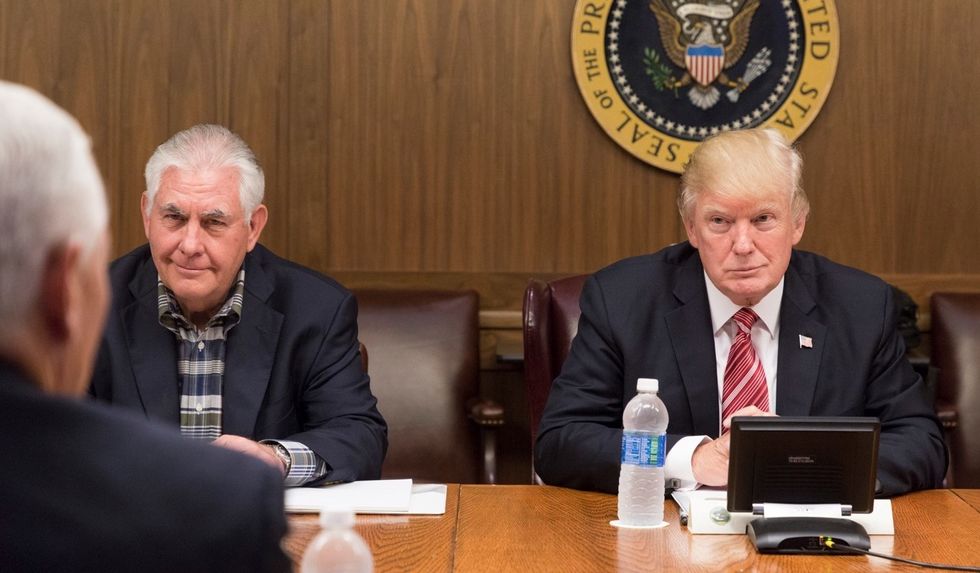 While President Donald Trump faces increased scrutiny both for his abuses of power and his communications with foreign leaders, Bloomberg News reported an explosive story Wednesday night finding that the president once pressed his former secretary of state to help curb a Justice Department investigation.

That investigation, Bloomberg found, focused on the Iranian-Turkish gold trader Reza Zarrab, who just happened to be a client of Rudy Giuliani.

The events occurred in 2017 before Giuliani became Trump's unpaid personal attorney. But the events add to the clear picture of Trump using his office to pressure law enforcement to satisfy his venal and personal interests, rather than the national interest.

Trump reportedly made the request that Rex Tillerson intervene in the DOJ's probe during a meeting in the Oval Office, and others in the room were "shocked by the request."

"Tillerson immediately repeated his objections to then-Chief of Staff John Kelly in a hallway conversation just outside the Oval Office, emphasizing that the request would be illegal," Bloomberg reported.

It also noted that Tillerson has expressed publicly that Trump had given him illegal orders. Now would be a good time for the former secretary of state — who Trump humiliated repeatedly and eventually announced his firing over Twitter — to go before the House impeachment inquiry and tell what he knows.