Trump is struggling to keep his white evangelical support following Syria withdrawal: 'This is a danger zone' 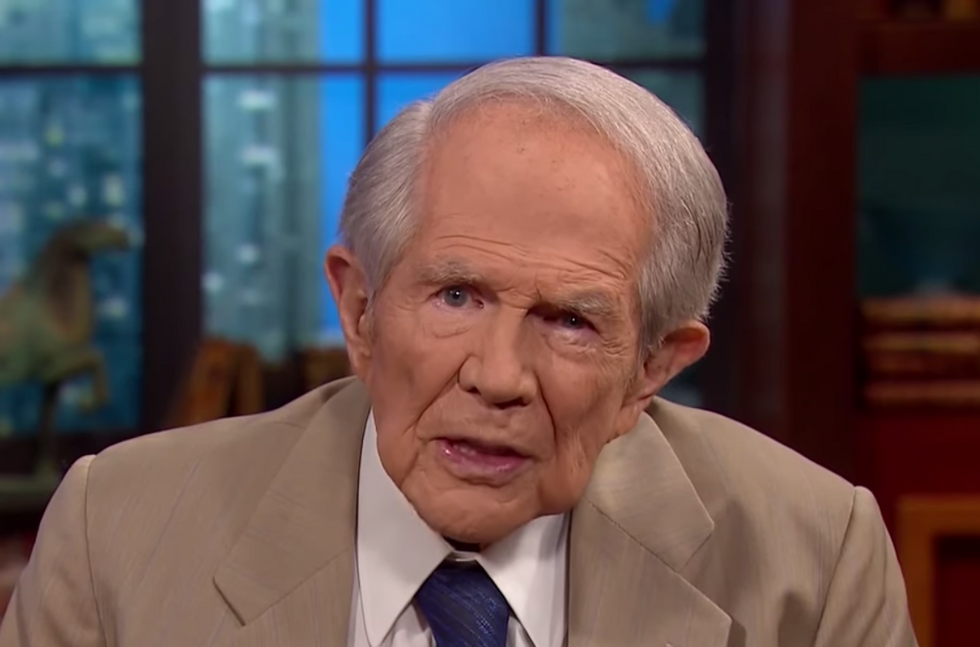 House Speaker Nancy Pelosi hardly ever agrees with anything that far-right Christian fundamentalist Pat Robertson has to say, but there is one thing they agree on: President Donald Trump made a major foreign policy blunder when he withdrew U.S. forces from northeastern Syria and abandoned the United States’ Kurdish allies. Robertson has been highly critical of the decision, along with Franklin Graham, the Family Research Council’s Tony Perkins and other Christian right theocrats who are usually among Trump’s staunch defenders. And journalist Gabby Orr, in a October 24 article for Politico, explains that Trump is trying to smooth things over with the Christian right and not lose their support.

Trump is not an evangelical. He was raised Presbyterian (like Episcopalians and Lutherans, Presbyterians are considered Mainline Protestants — not evangelicals) and is not known for being especially religious. But Trump has embraced the Christian right for political gain, and he is hoping for heavy turnout among white evangelical voters in the 2020 presidential race. The last thing Trump needs is for white evangelicals to turn against him because of Syria and vote for a third-party candidate next year.

Orr explains that “the same evangelical leaders who’ve been notoriously unmovable through prior controversies have spoken out forcefully to condemn his policy toward Syria.” For example, Robertson said that Trump is “in danger of losing the mandate of heaven," while Perkins described the withdrawal as “inconsistent with what the president has done” in the past.

A source close to Trump, quoted anonymously, told Politico that withdrawing from northeastern Syria “gives evangelicals pause because now they’re wondering, ‘Hmm, that was not a good move. What’s next? Does this mean he’s going to throw Israel under the bus if he threw the Kurds under the bus?’”

That source also asserted, “if he’s going to win in 2020, he has to be north of the 81% (of white evangelicals) he won in 2016. I’m not suggesting that the polling is all of a sudden going to show that his support is plummeting because of Syria. But if it stays stagnant, he’s a one-term president.”

The source went on to tell Politico, “This is a danger zone for this administration when it comes to evangelicals. They see religious persecution, Iran gaining a foothold, Israel facing threats and the possibility of ISIS reemerging — and what Trump keeps talking about is the land and the money and the deal-making. The moral compass is missing, and he’s off balance here with evangelicals.”