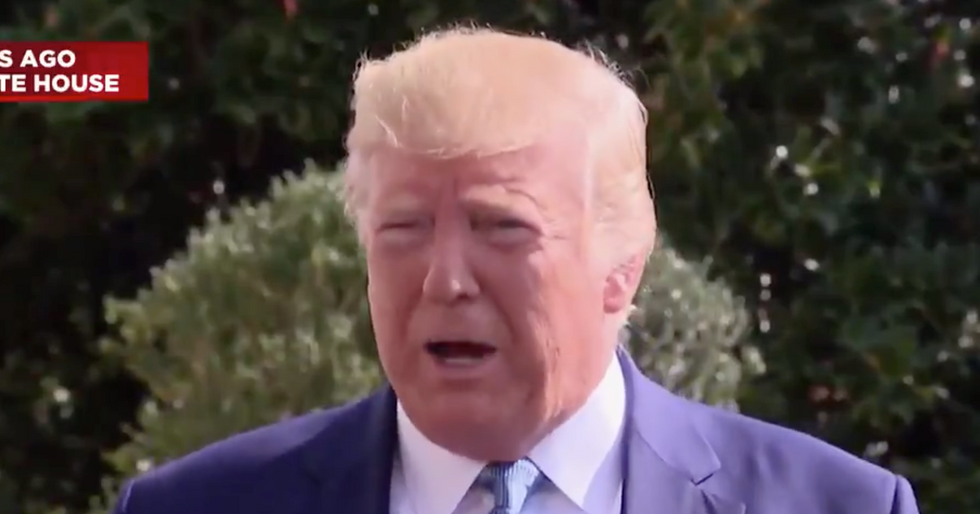 President Donald Trump on Friday was asked if he had ever asked foreign countries to investigate corruption that was not related to his political rivals.

“Have you asked foreign leaders for any corruption investigations that don’t involve your political opponent?” a reporter asked the president on the White House lawn.

“You know, we would have to look,” Trump responded.

“If Biden is corrupt, if his son is corrupt — when his son takes out billions of dollars and he has no experience. He just got fired from the Navy. When they do that, that’s no good. So — just to finish your question. Anything having to do with corruption, I actually feel I have an obligation to do that.”

WATCH: @EamonJavers: "Have you asked foreign leaders for any corruption investigations that don't involve your poli… https://t.co/M4aqXfK3Xj
— MSNBC (@MSNBC)1570204596.0