‘The language of tyrants': Columnist explains why Trump is suddenly 'freaking out about impeachment' 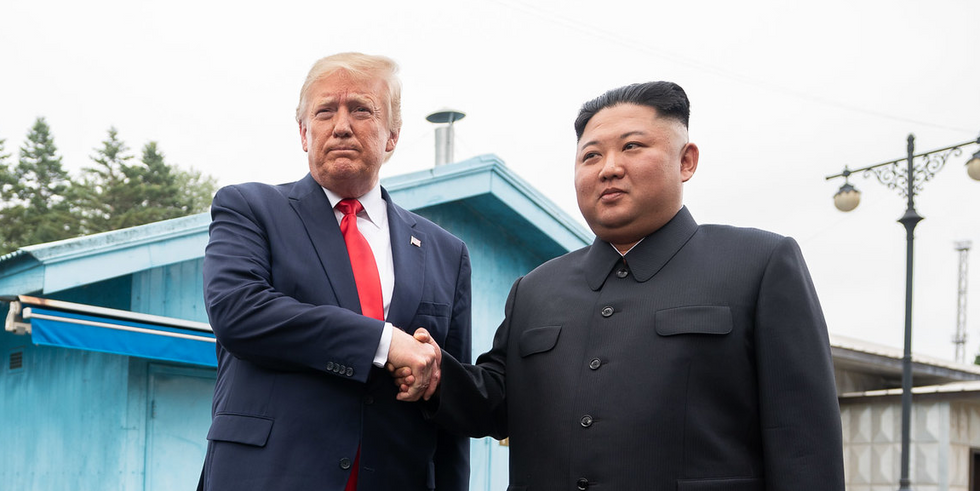 Donald Trump is hardly the first U.S. president to play hardball politics, but most of his predecessors — for all the heated policy debates that occurred in the past — at least viewed their political rivals as the loyal opposition. Trump, however, often resorts to attacks that are beyond insulting: they dehumanize his opponents. And that dehumanization, journalist Susan B. Glasser emphasizes in her most recent column for The New Yorker, is more typical of a dictator or authoritarian than a U.S. president.

Glasser cites an October 23 tweet as an example of Trump’s authoritarian mindset. The president posted, “The Never Trumper Republicans, though on respirators with not many left, are in certain ways worse and more dangerous for our Country than the Do Nothing Democrats. Watch out for them, they are human scum!”

Using terms like “human scum,” “dogs” and “enemies of the people,” Glasser notes, is typical of Trump — who often resorts to using “the language of tyrants and those who aspire to be tyrants.” And Glasser cites some examples of other political leaders known for that type of rhetoric.

“Hitler called his enemies human scum, and so did Stalin,” Glasser explains. “In recent years, the Brazilian President, Jair Bolsonaro, often referred to as ‘the Trump of South America,’ denounced refugees as ‘the scum of humanity’ — and the Russian president Vladimir Putin denounced Sergei Skripal, the former spy recently poisoned by Russian agents in Britain, as a disloyal ‘scumbag.’”

Glasser continues, “The North Korean dictator, Kim Jong Un, with whom Trump says he has a ‘love affair,’ executed his uncle after a show trial in which he was called ‘despicable human scum…. worse than a dog.’ Kim’s regime, it should be noted, also called Trump’s former national-security adviser John Bolton, who differed with the president on the subject of North Korea, a ‘bloodsucker’ and ‘human scum.’”

Trump, according to Glasser, has been especially inflammatory in recent weeks because he is now facing an impeachment inquiry in the U.S. House of Representatives. And as Trump has begun "freaking out about impeachment," Glasser writes, his use of dehumanizing language is one way to bully fellow Republicans into submission.

“Trump is adjusting to a new political reality, one that is taking shape in a secure conference room on Capitol Hill,” Glasser observes. “And it is a dangerous one for him: he now faces the very real possibility of impeachment in the House and a trial in the Senate, and just in time for the start of the 2020 election year.”

Glasser wraps up her column by stressing that Trump is right about one thing: Never Trump Republicans are in short supply in Congress these days.

“His internal enemies in the Republican Party are weak and few in number — for now,” Glasser explains. “One thing missing from all the Republican complaints about impeachment this week, however, was a robust defense of what Trump actually did. And that, in the end, is exactly what the Senate jurors will ultimately have to make up their minds about.”