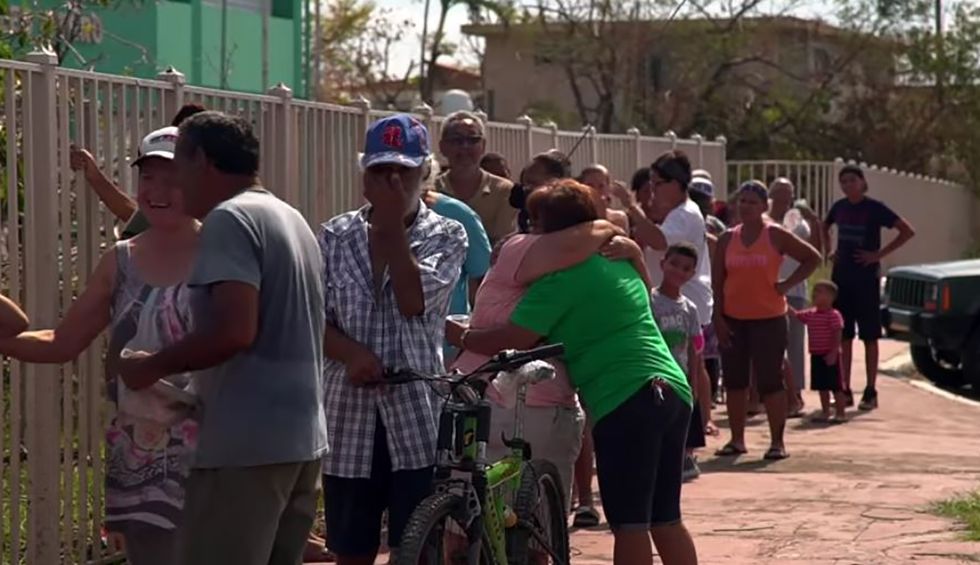 The HUD delay meant the island missed a deadline to apply for billions of dollars in disaster relief funds, raising doubts about when, if ever, the money will flow to the island devasted in September 2017 by the Category 5 hurricane.

The federal money is part of a $19 billion supplemental disaster relief bill that Congress passed in June. It came with stipulations requiring HUD to provide funding notices to nine states and two American territories, Puerto Rico and the U.S. Virgin Islands.

The agency published the required guidance in the federal register for 9 states and the U.S. Virgin Islands on Aug. 30, 2019. But HUD intentionally left Puerto Rico out of the notices, the HUD officials admitted.

Without the required guidance, the island territory could not apply for the disaster money appropriated by Congress. The guidance required the nine states and the U.S. Virgin Islands to submit detailed plans on how each jurisdiction would spend HUD Community Development Block Grant-Disaster Recovery Program funds.

Puerto Rico is supposed to be the largest recipient of these funds, with $8.3 billion for large mitigation projects to prepare for future storms and prevent a repeat of the catastrophic devastation from Hurricane Maria.

“If anything, Puerto Rico should [receive] a special urgency,” Price said.  “The delay is not acceptable and it’s certainly not acceptable to single-out Puerto Rico. The president’s rhetoric on this raises a lot of questions about what’s going on here and where this directive is coming from.”

Even the ranking Republican on the subcommittee, Representative Mario Diaz-Balart, a Miami area Republican, criticized HUD’s holding back funds in “this critically important program.”

Cautiously, Diaz-Balart said “I’m troubled… and of course, have a special concern” when requirements in Congressional appropriations are not met because it may mean even greater taxpayer costs in the future.

They cited talking points that HUD Secretary Carson, Trump and others have used in asserting that funds were withheld because of “concerns about misuse of funds,” “alleged corruption, fiscal irregularities and Puerto Rico’s capacity to manage the funds” especially after the governor resigned amid protests and a corruption scandal.

Woll claimed that millions of federal relief dollars had already been wasted and didn’t reach the people of Puerto Rico. He also asserted that officials were concerned after the mass protests that eventually led to the Aug. 2 resignation of Puerto Rico Governor Ricardo Rosselló.

Woll also noted that HUD is not a first-line disaster relief agency, as if that were relevant.

“I think you are posing a false choice and … with respect of obeying the law, it shouldn’t be a difficult job, should it?” Price asked during the committee’s hearing Thursday.

Incredulous at the HUD conduct, Price said, “You had the option of ignoring the law because of alleged troubles in Puerto Rico… that justifies you breaking the law?”

Trump has a contentious, even contemptuous, relationship with Puerto Rico, often lashing out at local lawmakers on Twitter. He famously tossed rolls of paper towels to people suffering without electricity and drinkable water after Maria passed.

Instead, Trump has attacked his critics on Twitter noting that he has “taken better care of Puerto Rico than any man ever.”

Trump claims that the island has received $90 billion in Hurricane Maria disaster relief. That’s false. Puerto Rico has only received $14 billion in funds from the $42.8 billion Congress allocated.

Holding back more than $28 billion in relief money isn’t all Team Trump is doing to hurt the islands more than 3 million residents. Trump is trying to divert $155 million from FEMA’s Disaster Relief Fund to Immigration and Customs Enforcement to help build his border wall along the U.S.-Mexico border, an issue expected to be explored in a future Congressional hearing.

Today a least 30,000 Puerto Rico homes are without a roof two years after the hurricane brought flooding, destroyed the electrical grid and deprived thousands of drinking water and shelter. Many homes now rely on blue tarps stretched overhead to keep rain from falling into their homes.