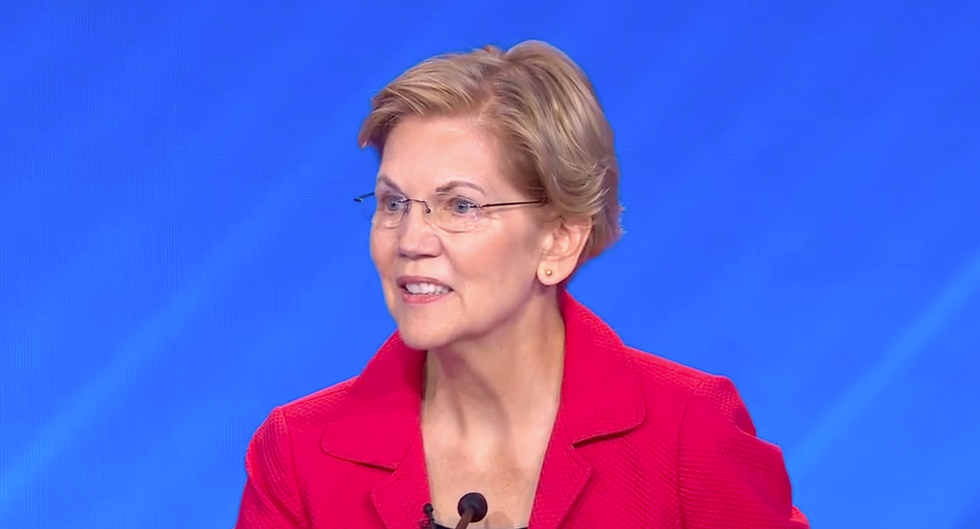 Pregnancy discrimination: It’s real! As covered here at Daily Kos, Massachusetts Senator and 2020 presidential hopeful Elizabeth Warren recently faced attacks from members of the far right, who did not accept the reality that Warren did, indeed, lose her job for being visibly pregnant while she was a teacher in 1971. While these skeptics are convinced that Warren (and in the bigger picture, all pregnant people) resigned willingly, with the logic being that they simply couldn’t have been fired for being pregnant because that’s not what the employer recorded, countless people who have been pregnant—or even know someone who has been pregnant—know that’s not the case. An employer might record one reason, but that doesn’t make it a reality. Laws might be on the books, but that doesn’t mean it’s easy to use them to protect yourself.

Surprising no one, trolls have absolutely flooded Twitter with sexist, victim-blaming remarks aimed at Warren. More importantly, though, countless people have come forward to not only point out flaws in those attacks but to share their own experiences. And the experiences of their mothers. And friends. And so on.

As a note: While we typically discuss pregnancy and related discrimination as issues that affect women, people of all gender identities can become pregnant. So using gender-neutral pronouns (like “they”) and phrases like “pregnant people” are efforts to be more inclusive (and accurate) to the lived experiences of a diverse community.

Let’s dig into some smart, inspiring, and brave stories from Twitter below.

Some people pointed out the important point that the reason for a termination that’s documented by an employer isn’t always the actual reason a person, pregnant or otherwise, was terminated.

Does anyone really believe that school officials in the 60s/70s would write down "fired for being pregnant" in thei… https://t.co/6TykPG6KMz
— Jessica Valenti (@Jessica Valenti)1570507912.0

The fact that so many men think that it’s a lie that women have been (and still do get) fired for being pregnant te… https://t.co/IPw51RuOtF
— Brooke Binkowski (@Brooke Binkowski)1570541937.0

If you have trouble believing that Elizabeth Warren experienced pregnancy discrimination because no one wrote down… https://t.co/NPArYdFbEv
— Alyssa Leader (@Alyssa Leader)1570517370.0

Just because something might be illegal on the books, doesn’t mean it doesn’t happen.

Pregnancy discrimination was made illegal in 1978, but my mother was STILL fired for becoming pregnant nine years l… https://t.co/pzJqkKFJmM
— Lauren Rankin (@Lauren Rankin)1570545568.0

they don't want people who can get pregnant to have comprehensive sex education, or birth control, or access to abo… https://t.co/ppZhuoym4Y
— Molly Priddy (@Molly Priddy)1570555685.0

Some users are pointing out that people are still worried about being fired for their basic humanity, even today.

Many users responded directly to Warren’s thread on the subject this morning, with emotional stories that, to be frank, are tough to read.

@ewarren In a recent job interview the HR rep asked me if I would need extended time off in the following 9 months… https://t.co/3glrsPmkCh
— Incognito Holly 😷 (@Incognito Holly 😷)1570541241.0

Rasmussen is right: This kind of discrimination happened all the time, and as others note, it still happens today. Have you ever faced discrimination in the workplace due to your ability to become pregnant, or because you were pregnant? We want to hear from you!