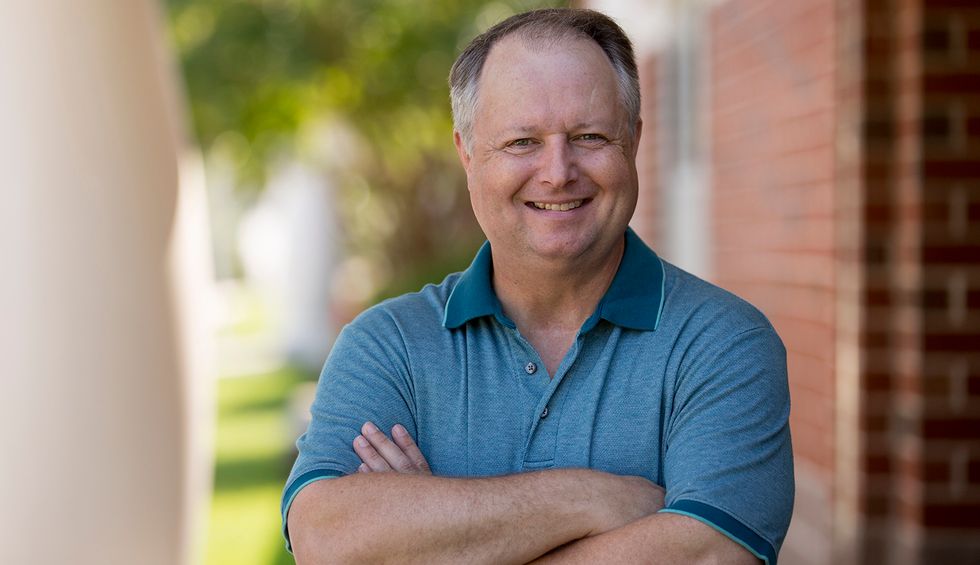 In less than a month, citizens will decide the fate of gubernatorial and legislative elections in five states:  Louisiana, Mississippi, Kentucky, New Jersey, and Virginia.  These states have off-year elections, and the deadline to register to vote ranges from immediate to next week. All are critical elections, but in none of these states are the stakes higher than in Virginia.

Virginia has a Democratic governor who will serve until 2021, but the GOP holds the slimmest majority in the both the House of Delegates and the State Senate. When I say slim, I mean the Dems are just one person shy of winning the majority for each chamber.  The candidates REALLY need your support, not just because the focus has largely been put on just the top tier races, but because the GOP is once again looking to Russia for help.

A Senate report released last week, based on private interviews new emails, showed that the NRA acted as a "foreign asset" for Russia.  The 18-month probe by the Senate Finance Committee revealed that the NRA underwrote political access for Russian nationals Maria Butina and Alexander Torshin, despite their ties to the Kremlin. The Republicans on the FEC blocked all investigations on the NRA’s financial ties to Russia.

Coincidentally, the NRA “just made their largest contribution ever” to a political fund, which happens to be the Virginia House Majority Leader Todd Gilbert’s ‘Majority Leader PAC’.  The GOP happily took the money to distribute amongst VA GOP candidates because they are terrified of Virginia having fair districts drawn next cycle.

I’ve focused before on several House of Delegate races, like this one. Virginia has a bi-partisan resource called the Virginia Public Access Project that gives you a the rundown of all races.  The House of Delegate races for VPAP is here.   So as not to have an extremely long piece, I’ve decided to focus on the VA State Senate.  There are eight competitive races in that chamber, and I’ll focus on each in order of likelihood to flip.

You can click on their name to go to their page. Please volunteer or donate. We can so win this:

John Bell, Senate District 13: Open Seat/Leans Blue. This retired United States Air Force officer has raised a lot of money, and this Northern Virginia district is likeliest to flip. His challenger, Geary Higgins, is a raging racist.  John has endorsements from every major Democrat in Virginia.

The only thing that bothers me about this race is what is emblematic of the Democratic machine. People love to throw money and endorsements at a sure winner. The people who need the attention are the ones lower on this list.

Ghazali Hashmi, Senate District 10:  Challenger/Competitive. Dr. Ghazali Hashmi is an unapologetic progressive in a district that has trended Democratic in recent years. Her big issues are healthcare, education, and stopping gun violence. The governor and Clinton won this district by 10 points. Her Republican incumbent opponent, Glen Sturtevant, barely beat out the Democratic challenger four years ago.  The Republican incumbent’s big issue is—I’m not kidding--to keep Richmond’s whitest schools white, and fiercely campaigns to “save our schools” from integration.

Cheryl Turpin, Senate District 7:  Open Seat/Competitive. Turpin was a high school science teacher for three decades before flipping a GOP seat in the House of Delegates. Her opponent, Jen Kiggans, was a frothing-at-the-mouth Trumpite—odd for a district trending blue. Her “Issues” website page equated abortion to “infanticide”, and she screamed about “socialism” on Fox News. She immediately changed her website and her tone once she won the primary. She ranted against the ERA and affordable healthcare, but now says she’s always been about  “affordable and quality women’s healthcare.”

Debra Rodman, Senate District 12: Challenger/Competitive. Debra Rodman is another educator turned legislator.  This is a district the GOP desperately wants to hold onto. Unfortunately, her opponent, Siobhan Dunnavant, was already under hot water for voting against the Medicaid expansion, before then she made things even worse. Dunnavant is currently under investigation by federal authorities for using her patient’s confidential information to solicit contributions and volunteers for her campaign.

Missy Smasal, Senate District 8:  Challenger/Leans Red. Speaking of underhanded tricks, how’s this for shady: The incumbent, Bill DeSteph, is an investment realtor who used to be on the Virginia Beach City Council. Virginia Beach is infamous for its corrupt politicians, who thought nothing of signing a $3 million lease to rent a building owned by the senator. City officials wanted to move the voter registrar’s office, and set up an  absentee voting location, into his space.  There is no public transportation option for this site. People protested when they found out. DeSteph’s challenger is Missy Smasal, who is a business owner, Naval veteran, and community activist. Smasal is hitting DeSteph hard for announcing he was attending an NRA event right after the VA Beach shooting.

Amanda Pohl, Senate District 11: Challenger/Leans Red.  You’ve read about the incumbent, Amanda Chase. She’s so bad she got kicked out of her county’s party. She flipped out on a black cop at the Capitol for not letting her illegally park, and then accused the police of being infiltrated by “Democratic operatives”. She threatened to “shoot down” gun groups. She wears a gun during legislative sessions. It’s not exaggerating to say she is mentally unfit to hold office.

Her challenger, Amanda Pohl, has raised a significant amount of money and her support has rapidly risen in the polls due to constituents growing tired of Chase’s behavior. I’m quite irritated with the VA Democratic leadership for not stepping up more to support this winnable race. It will fall on us.

Amy Laufer, Senate District 17: Challenger/Leans Red. Amy is a dream candidate. She has a great backstory: grew up a rural dairy farmer who was the first in her family to go to college. She was a middle school teacher who later served on the School Board, founded a successful organization to support women candidates, and even worked in the Peace Corps.

Her opponent, Bryce Reeves, has championed bills that allow insurance companies to price gouge. He is quite the jerk, too. He made national news for saying this about a Democratic state senator who he claimed was trying to “radically change Virginia”:

[Senator] Ebbin is “from Northern Virginia. He’s really liberal left; he’s . . . the [only] openly gay senator in our Senate.”

Yup, he said that.  He is running scared, and is lately going on hate radio to deliver unhinged rants against Laufer. Although this a GOP-leaning district, Democrat Tim Kaine crushed his competition by over 7 points. We can win this.

Qasim Rashid, Senate District 28: Challenger/Leans Red. Although this is a GOP-leaning district, if you look at the trajectory over time, it’s becoming more blue. Tim Kaine only lost this district by 1%. If anyone can take it, Qasim Rashid can. Yes, that Qasim Rashid. His passionate writing has led to him being well known outside of Virginia. He currently has amassed 285K Twitter followers. His opponent is a racist ass, as you can see by this video:

Herb Jones, Senate District 3:  Challenger/Strong Red. If the GOP was sane, Republican Tommy Norment wouldn’t stand a chance.  Some of his friends and clients were convicted pedophiles, so Norment introduced a bill to curb punishment for pedophiles. He refuses to consider bills on the environment, healthcare, or stopping gun violence, but found time to make things easier for pedophiles. The article goes into his nonstop corruption as well. Compare that with his challenger, Herb Jones. Jones served three terms as County Treasurer for New Kent while still serving in the US Army Reserves. He served in the federal government as a operations officer in Afghanistan and currently runs a successful cloud-computing company.

Herb Jones got most of his money from small donations. Tommy Norment gets most of his money from two of the most evil companies in Virginia: Dominion Power and Altria (formerly Phillip-Morris). They donate almost exclusively to Republicans, and you will see their names on the top donor list for all the GOP candidates listed here.

Again, these candidates really need your help. Flipping Virginia to the trifecta would be huge, and the GOP and NRA are well aware of this fact. The deadline to register to vote is next Tuesday, October 15th. We are also rapidly approaching the deadline for donations. Please, pick one of these folks and throw a few dollars their way.  Nothing will send Trump over the edge more than losing Virginia, and nothing will make the GOP freak out more than realizing they threw everything away for this unstable tyrant.

Speaking of which, the Virginia State Seal is Sic Semper Tyrannis. Virginia really has an opportunity to practice it’s motto in less than four weeks.