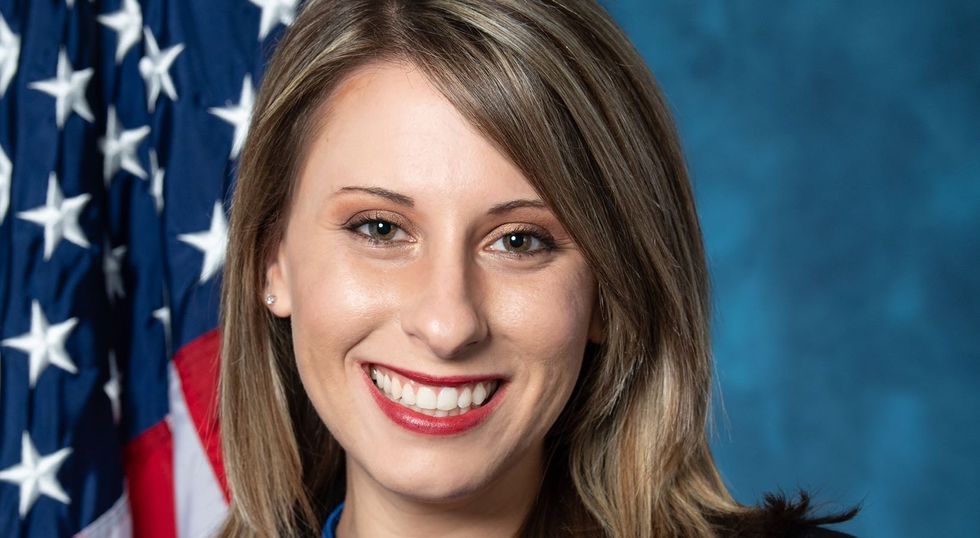 US House of Representatives
Igor Derysh
and
Salon
October 24, 2019

Freshman Rep. Katie Hill, D-Calif., has denied that she engaged in an improper relationship with a member of her staff, after the House Ethics Committee opened an investigation into the allegations.

Hill, 32, flipped a  district last year in Orange County that was long held by Republicans, and in just nine months on Capitol Hill has since risen to the No. 2 post o the House Oversight Committee. On Wednesday, the House Ethics Committee announced it would investigate an allegation that Hill was involved in an improper relationship with her legislative director, Graham Kelly. Hill could be removed from her committee leadership post if the committee concludes she violated a ban imposed last year on members of Congress from engaging in sexual relationships with staffers.

“The Committee is aware of public allegations that Representative Katie Hill may have engaged in a sexual relationship with an individual on her congressional staff,” the committee said in a statement. “The Committee … has begun an investigation and will gather additional information regarding the allegations.”

Hill said in a statement that she welcomes the investigation and will be “cooperating fully to clear this matter up.” Hill denied the relationship in a letter to constituents earlier this week, The Los Angeles Times reported.

"I am saddened that the deeply personal matter of my divorce has been brought into public view, even the false allegations of a relationship with my congressional staffer, which I have publicly denied, and I am fully and proactively cooperating with the Ethics Committee," she wrote.

The allegations come after the conservative blog RedState published censored nude photos of Hill with a female campaign staffer and alleged she had a sexual relationship with Kelly. The blog alleged that the campaign aide later entered into a three-person relationship with Hill and Hill’s husband of nine years, Kenneth Heslep, publishing screenshots of text messages between Hill and the aide.

"During the final tumultuous years of my abusive marriage, I became involved in a relationship with someone on my campaign," Hill said in a letter to her constituents. "I know that even a consensual relationship with a subordinate is inappropriate, but I still allowed it to happen despite my better judgment. For that I apologize.”

Hill, who is currently in divorce proceedings with Heslep, suggested that the photos were leaked by her ex-husband, who she said “seems determined to try to humiliate me.”

“The truth is, distributing intimate photos with the intent to publish them is a crime, and the perpetrator should be punished to the full extent of the law,” she said in the letter to her constituents.

Hill said she has contacted the U.S. Capitol Police about the photos.

Hill has called the allegations a “smear campaign” and said in a statement that political opponents are seizing on “vindictive claims” made by Heslep.

"I am disgusted that my opponents would seek to exploit such a private matter for political gain,” Hill said. “This coordinated effort to try to destroy me and people close to me is despicable and will not succeed. I, like many women who have faced attacks like this before, am stronger than those who want me to be afraid."

Angela Underwood Jacobs, a Republican hoping to unseat Hill next year, cited the investigation to call on Hill to resign. She accused Hill of “extremely poor judgment” and said the allegations "cross the line of ethical boundaries that members of Congress should be held to."

But Hill found an unlikely defender on the other side of the aisle. Rep. Matt Gaetz, R-Fla., a staunch conservative and key ally of President Trump, called the investigation into Hill “absurd.”

“The only person who seems to have a gripe is [Hill’s] soon-to-be ex,” he wrote on Twitter. “Who among us would look perfect if every ex leaked every photo/text? Katie isn’t being investigated by Ethics or maligned because she hurt anyone — it is because she is different.”

“I serve on Armed Services [Committee] with Katie and while we frequently disagree on substance,” Gaetz added, “she is always well-prepared, focused and thoughtful.”