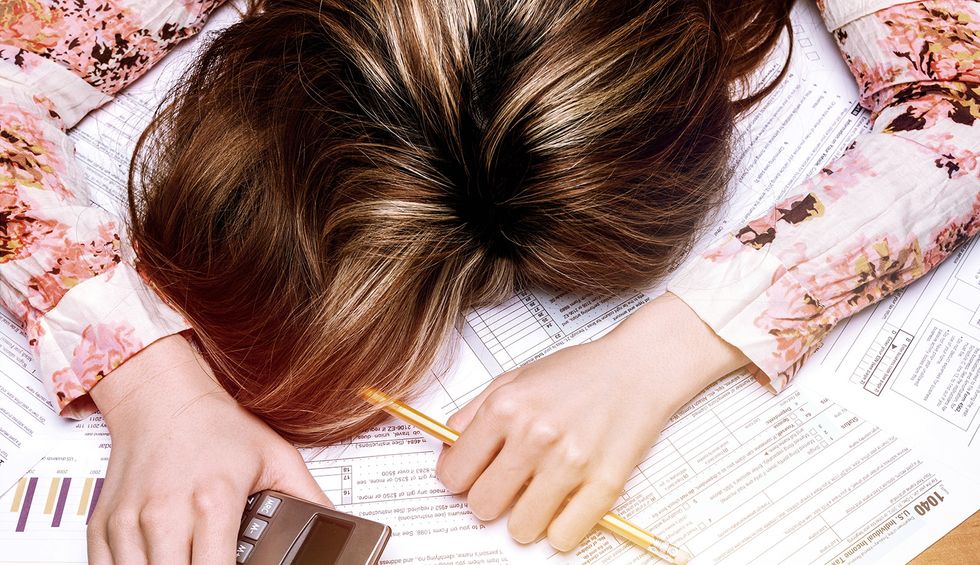 For the first time in U.S. history, the 400 wealthiest Americans paid less in taxes last year than people in any other income group, thanks to decades of tax cuts and loopholes benefiting the rich.

A year after the Republican tax plan—often called the #GOPTaxScam by critics—was passed into law, the richest people in the country were subject to a 23 percent rate in local, state, and federal taxes.

As New York Times columnist David Leonhardt showed Sunday in a graphic accompanying his op-ed, "The Rich Really Do Pay Lower Taxes Than You," the tax rate wealthy Americans are forced to pay has plummeted over the last seven decades while middle-income households have paid roughly the same share of their incomes each year.

The op-ed also refers to the fact that billionaire Warren Buffett was dismissed by economists and journalists in 2012 when he said his secretary paid a larger share of her income in taxes than he had to pay.

Office workers who pay a greater share of their earnings to contribute to services for the greater good than the wealthy CEOs of their companies pay are "the norm now," Leonhardt wrote.

The op-ed was praised by critics of the U.S. economic system, including Sen. Bernie Sanders (I-Vt.).

"The question of our time is this: will we tolerate it?" tweeted the 2020 presidential candidate. "Or will we take back our democracy from the oligarchs who run this country?"

We now know the richest 400 Americans have rigged the system to pay lower taxes than everyone else in the country.… https://t.co/51CVTKzcY6
— Bernie Sanders (@Bernie Sanders)1570460902.0

Leonhardt and other observers noted that the debate over whether to force wealthy Americans to pay their fair share versus protecting their wealth at all costs is centuries old, and those arguing for the former have triumphed in the past.

"Inequality is driven by policy choices, not some inherent laws of nature," tweeted Don Moynihan, a professor at Georgetown University.

Why aren’t the subways functional? Why is college so expensive? Why is your health insurance premium so high? Why d… https://t.co/oqXb7LBlU9
— Sam Biederman (@Sam Biederman)1570414281.0

What a crazy coincidence that carbon emissions have exploded over the same period that the wealthy have been allowe… https://t.co/aekMBiuLwT
— Kate Aronoff (@Kate Aronoff)1570470393.0

On the same day Leonhardt published his op-ed, CNBC released a report claiming millennials are "stingy" and are to blame for a sluggish economy.

In the opening paragraph, Pippa Stevens suggested both that millennials spend too much money on avocado toast and that they save too much of their income:

Millennials—the selfie obsessed, avocado toast-loving generation—might be behind slower economic growth, according to a research note last week from Raymond James. This new generation, scarred by the financial crisis, is saving more than the free-spending boomers did before them, and it's causing an economic imbalance.

The article wasn't the first to point to the spending habits of Americans between the ages of 23 and 38 as the reason fewer people are contributing to the real estate market.

"Hm. There's also a theory that the 400 wealthiest people in America paid less taxes this year than ever in history," tweeted one critic.

Ocasio-Cortez corrected CNBC, writing that millennials are "Not stingy. Broke."

Instead of blaming young Americans for a slowing economy, tweeted Disney executive John Drake, "Why don't the 400 wealthiest people in the U.S. (who received a giant tax cut) stimulate the economy through spending?"