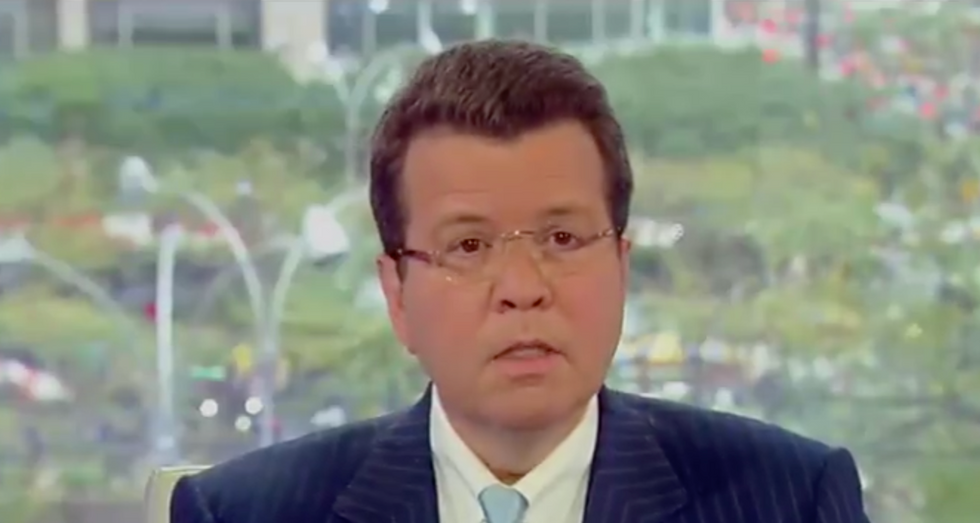 Fox News host Neil Cavuto was clearly stunned and upset Friday afternoon as he took over the afternoon newscast in the wake of fellow anchor Shep Smith's abrupt announcement that he is leaving the network.

Smith has long stood out on the network as an outspoken critic of President Donald Trump. He claimed, however, that leaving the network was his own choice.

"Whoa," Cavuto said at the top of his own show following Smith's announcement. "Like you, I'm a little stunned, and a little heartbroken. I don't know what to say."

He apologized for seeming "shell-shocked" and heaped praise on Smith as he was clearly holding back emotions.