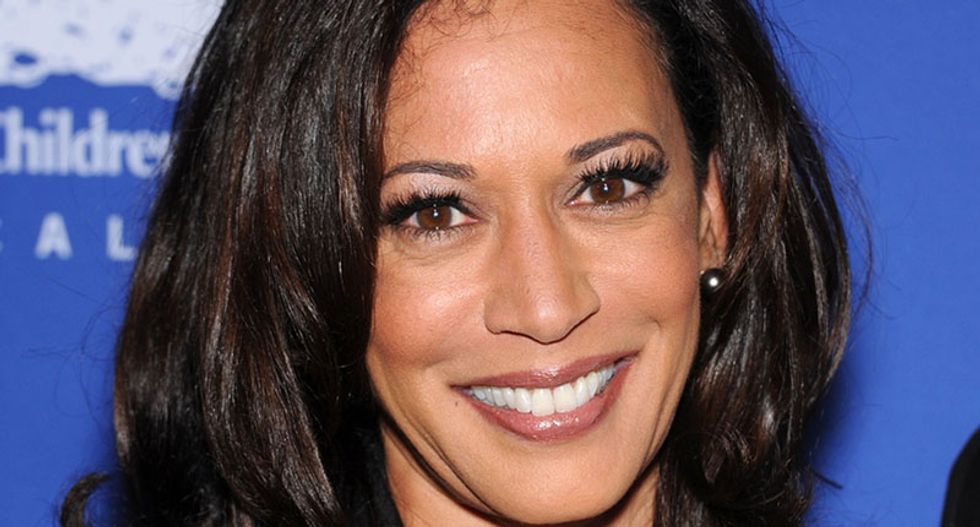 The president's eldest son was hilariously shut down by Sen. Kamala Harris (D-CA) on Friday evening.

Harris, a former San Francisco district attorney and attorney general of California, is running for president in 2020.

Trump, Jr. attempted to attack the senator for running against his father.

"Why is Kamala Harris the only person that laughs at her jokes... always way to (sic) long and way too hard? The most disingenuous person in politics... after Hillary," Trump charged.

"You wouldn’t know a joke if one raised you," Harris said.