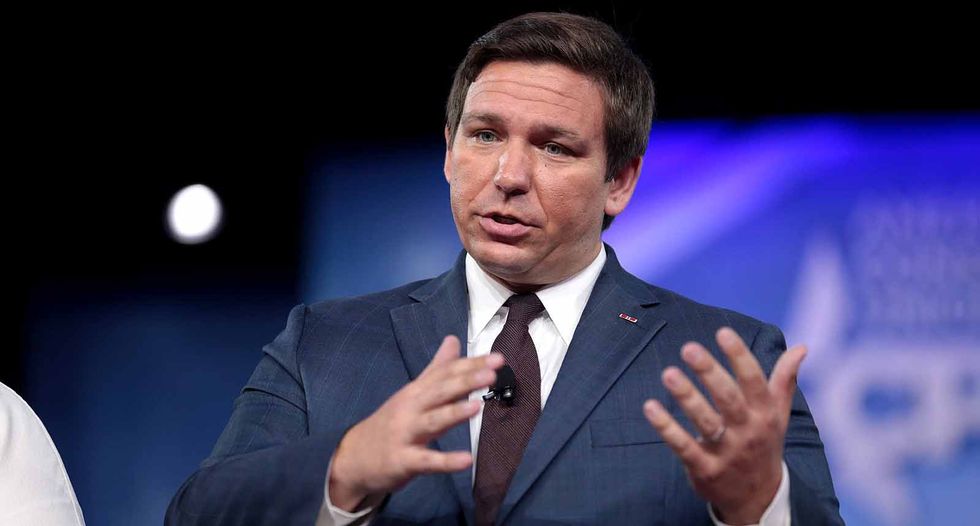 In a major victory for voting rights, a federal district court has issued a preliminary injunction blocking most of Florida Republicans' modern-day poll tax that they passed earlier this year. That measure sought to deny voting rights to citizens with felony convictions after voters passed a constitutional amendment in 2018 to end lifetime disenfranchisement. Even for citizens who had served out all prison, parole, or probation sentences, the GOP's poll tax denied them the right to vote if they still owed any court-related fines or fees, costs that are often used in a predatory fashion to fund the court system itself.

The court didn't block the entire law, and the case is still proceeding, but the judge hearing the case did order election officials not to take any action to prevent those affected from registering to vote "based only on failure to pay a financial obligation that the plaintiff asserts the plaintiff is genuinely unable to pay." Previous research estimated that the GOP's poll tax could disenfranchise as many as 1.1 million of the up to 1.4 million citizens who were supposed to regain their voting rights after 2018. This ruling could thus restore the rights of many such citizens if it remains in effect.