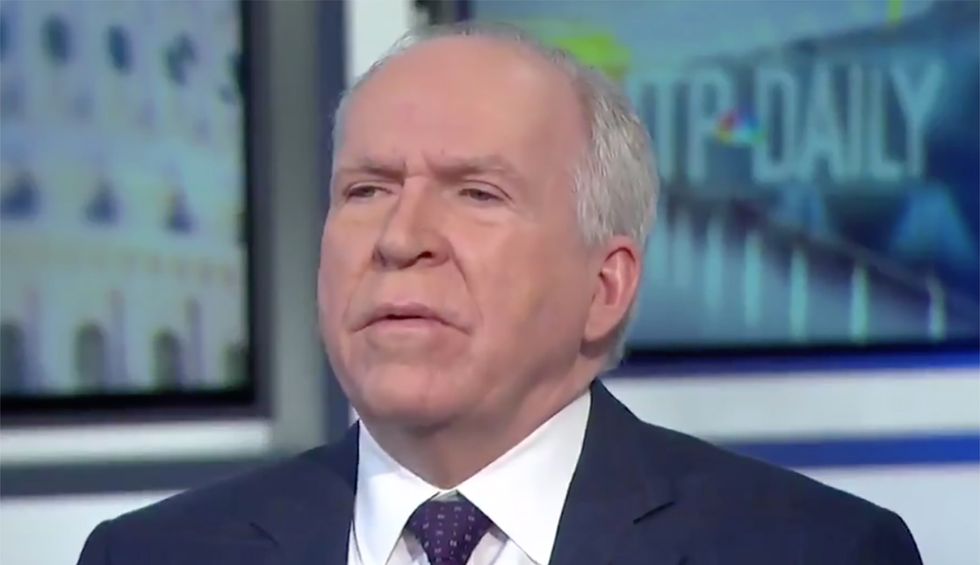 The letter explains, “While the identity of the whistleblower is not publicly known, we do know that he or she is an employee of the U.S. government. As such, he or she has, by law, the right — and indeed the responsibility — to make known, through appropriate channels, indications of serious wrongdoing. That is precisely what this whistleblower did, and we applaud the whistleblower not only for living up to that responsibility, but also, for using precisely the channels made available by federal law for raising such concerns.”

The letter, which was also signed by former Director of National Intelligence James Clapper, goes on to state that “a responsible whistleblower makes all Americans safer by ensuring that serious wrongdoing can be investigated and addressed, thus advancing the cause of national security to which we have devoted our careers.”

The whistleblower’s complaint inspired former House Speaker Nancy Pelosi to come out in support of an impeachment inquiry after learning that Trump, during a July 25 phone conversation, tried to pressure Ukrainian President Volodymyr Zelensky into digging up dirt on a political rival, former Vice President Joe Biden, as well as his son Hunter Biden.

While Trump has threatened the whistleblower, the open letter signed by Brennan, Clapper and many others — including some of Trump’s former security officials —  stresses that the person must be protected. “Being a responsible whistleblower means that, by law, one is protected from certain egregious forms of retaliation,” the letter asserts. “Whatever one’s view of the matters discussed in the whistleblower’s complaint, all Americans should be united in demanding that all branches of our government and all outlets of our media protect this whistleblower and his or her identity.”

“Simply put,” the letter continues, “he or she has done what our law demands. Now, he or she deserves our protection.”

The whistleblower applauded in the letter, it turns out, is not the only whistleblower in the Ukraine scandal. Over the weekend, attorneys Andrew Bakaj and Mark Zaid revealed that their firm, Compass Rose, is representing “multiple whistleblowers” who are coming forward with information about Trump’s July 25 conversation with Zelensky.