Conservative writer unleashes on Republicans defending Trump on Ukraine: ‘What the heck is wrong with these people’ 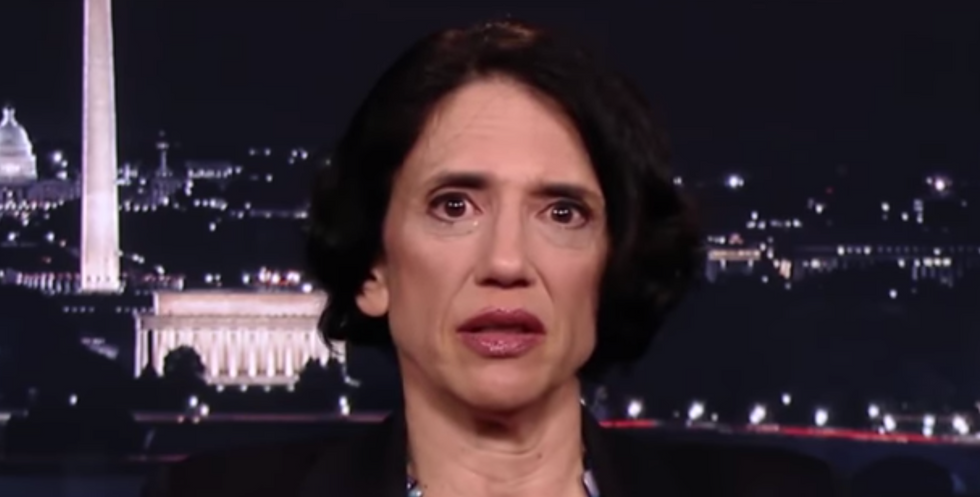 Many Republicans serving in the House or the Senate continue to insist that President Donald Trump did nothing wrong when he tried to pressure Ukrainian President Volodymyr Zelensky into helping him dig up dirt on a political rival — former Vice President Joe Biden — as well as his son, Hunter Biden. But Washington Post columnist Jennifer Rubin, a Never Trump conservative, has no patience with Trump apologists in the GOP — and she went off in a new column Tuesday, arguing that Republicans who defend the president's actions with Ukraine should be voted out of office.

Rubin notes that “Minority House Leader Kevin McCarthy (R-Calif.), to this day, cannot find anything wrong with” Trump’s July 25 phone conversation with Zelensky. And she adds that “Trump’s lackeys in the Senate say they have not seen any impeachable conduct.”

“You do have to wonder what the heck is wrong with these people,” Rubin asserts. “Are their powers of moral discernment so diminished that they can no longer recognize that the mere request for a foreign power to intervene is grossly inappropriate — let alone tying U.S. aid to that intervention, the quid pro quo? Perhaps they know all too well how grossly wrong Trump’s scheme was but still lack the moral courage to say what is in front of their noses.”

Rubin advises that Republicans who vigorously defend Trump’s July 25 conversation with Zelensky “might consult their constituents,” noting that according to a newly released Grinnell College poll, “81% of Americans say it is not okay for political candidates in this country to ask for assistance from a foreign government to help them win an election.” That includes 87% of people living in rural areas, 81% of Republicans and 85% of evangelicals — in other words, the GOP base.

“Only 7% say it is OK,” Rubin observes. “Apparently, a large subset of that 7% work in the White House or serve in Congress as Republicans.”

“Inviting foreign interference” in a U.S. election, Rubin argued, is “a betrayal of American democracy” — especially when there is a “quid pro quo” involving aid to Ukraine. And Republicans who fail to realize that, she writes, don’t deserve to hold public office.

“There is no better evidence of the Republicans’ moral coma than this,” Rubin asserts. “They plainly cannot be entrusted with power. We have an 8 out of 10 chance of randomly picking from the entire U.S. population more ethically astute leaders.”